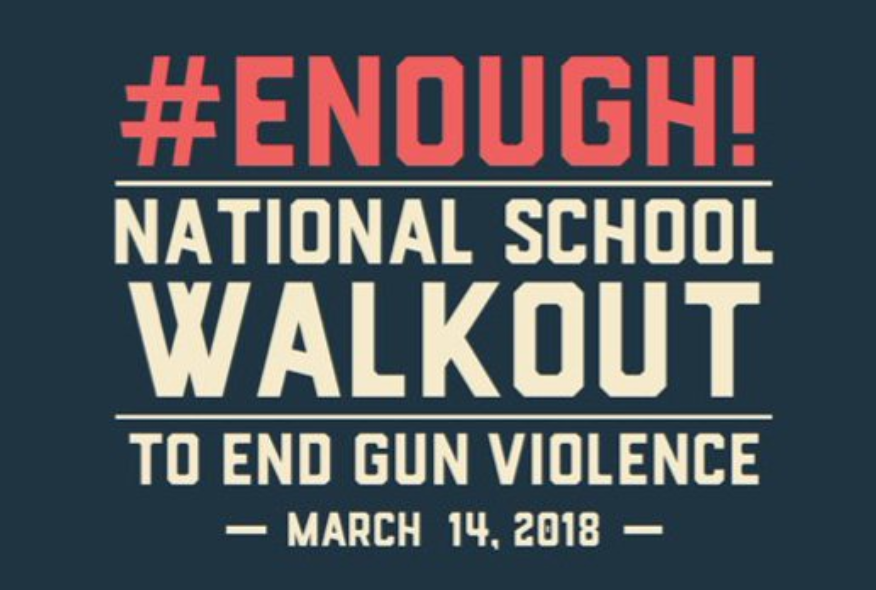 Most people across the US know about the student walk-outs planned for March 14, and as the parents of two teen girls we fully support their participation in these protests. Why? Because gun laws in this country have got to change and if legislators in Washington are too chicken to do the right thing, then let the voices of our children be heard.

It’s beyond shameful that as a country we have done nothing about changing gun laws after nearly 239 school shootings since Sandy Hook in 2012 with more than 438 people shot. I’m sure you’ve heard the statistics, but just to state them one more time: there have been at least 21 school shootings across the United States JUST THIS YEAR. 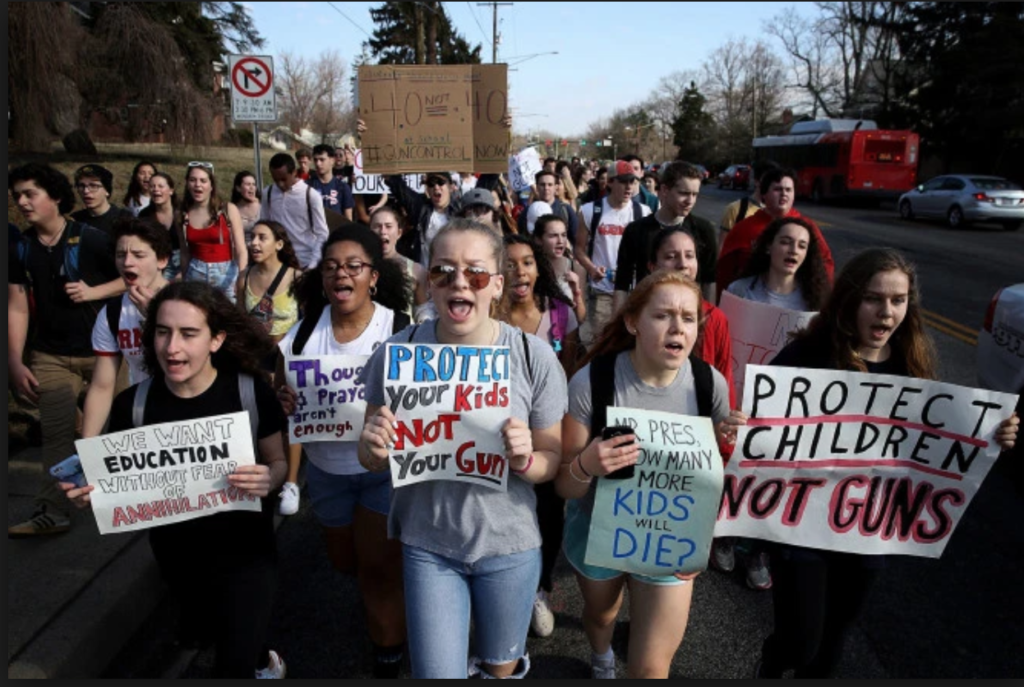 Immediately following the Parkland shooting at Marjory Stoneman Douglas High School, it was heartbreaking for us to hear both our girls talk about how fearful they were to go to their own schools. They told us of duck-and-cover drills they were doing in the classroom. We had discussions in morning carpool about the best places to hide, and what to do in case of an emergency of this kind.

Really Capitol Hill? Did you intend to force parents to provide their kids with more knowledge about gun violence than is suitable at such young ages? Did you want kindergartners practicing how to hide under desks and in classroom closets? Was it really necessary for us to have a dinner conversation about the possibility of their teacher being armed with a loaded gun in the classroom as “protection”?*

* This concept, BTW, would be laughable if it wasn’t so horrific. Arming teachers in the classroom? The vast majority of these teachers sought their career because they wanted to teach and support kids, not be worker-vigilantes. So ridiculous.

I’ve talked with some parents who express worry about all this, concerned that harm will come to their kids during these National School Walk-Outs. Actually, school administrators have done an excellent job supporting and helping plan for these demonstrations so they can be peaceful, respectful and impactful.

Quote from Sophia’s high school principal about the Student Walk-Outs Planned for March 14:

Our student leaders have been very proactive in designing an event that is respectful and safe. Students have the option to walk out to our athletic field at 10:00 on Wednesday. There will be organized speeches and spoken word around the topic of gun violence in schools. Our superintendent and district has been very clear in supporting student led activities.

And from Ava’s middle school principal:

As you may know, there is a national day of civic action encouraging students to walk out of their classes at 10:00, Wednesday morning, honoring those who died at Marjory Stoneman Douglas High School and heightening awareness to the issues of school safety. Because the intent of the action is for students to miss instructional time, staff is not organizing an event for our students to walk-out; however, we will support our students‘ right to take action and stand up for change, not stopping their actions. Middle school students have voiced their desire to participate and have been organizing so their actions are intentional, peaceful, and meaningful. Our teachers are assisting the student planning process by providing meeting space and acting as sounding boards without imposing an adult agenda or creating the plan since this is not a school event.

So yes. This is why we support the school walk-outs planned for March 14. If it wouldn’t embarrass my kids so much, I would be marching right there with them.

This tide is changing fast now, thanks in large part to kids who are making their voices heard. These kids will change the world for the better.