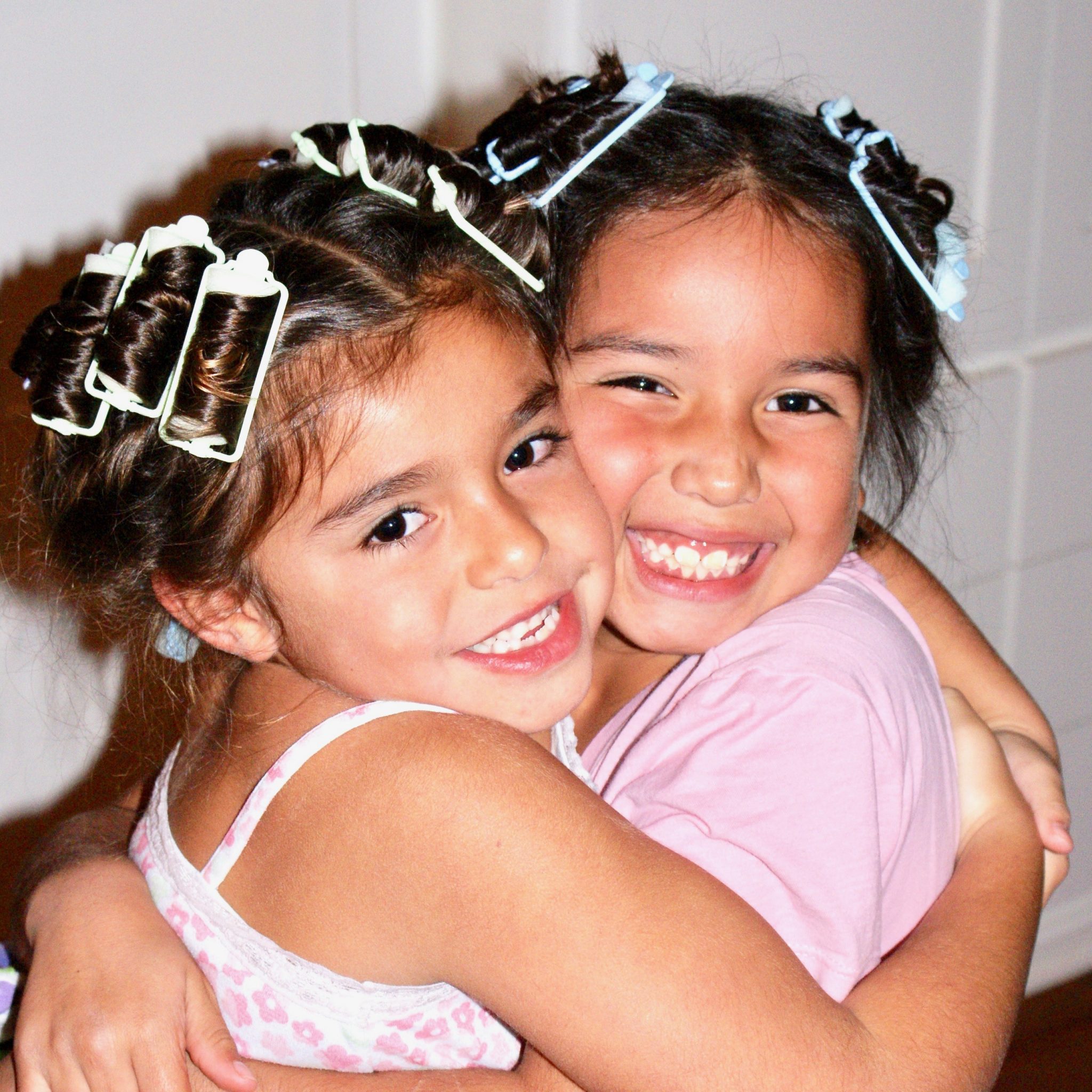 With two dads in the house, we sometimes wonder how our girls got to be so, well, girly. Okay, maybe we aren’t the butchest guys in the world, but we aren’t working the MAC makeup counter at Bloomingdales either. (Not that that’s a bad thing.) But it does make you wonder how can two dads raise girls that are girly girls, even without a mom’s influence in the house.

When they were younger, a family friend started it all by bringing Sophia and Ava little make-up sets she bought at Sephora. You know, little girl powder and glittery eye shadow, plus the ever-popular lip glosses in a variety of colors and flavors. It might as well have been candy the way Ava and Sophia glommed onto this stuff. Before we could even get the packaging open all the way, Sophia had glitter all over half her face. Ava had smeared lipstick like a clown several inches around her little mouth. Of course, they smiled the bright cheesy grins of girls that just know they look absolutely gorgeous. And they did!

So of course, Triton and I asked ourselves if this was the start of something. We wondered if we needed to worry that when two dads raise girls would our daughters somehow be influenced towards over-femininity. What should really be seen as a fun dress-up game, versus a slippery slope into prepubescent sexpots? We did not intend to encourage a couple of JonBenet wannabes, running around with big hair and caterpillar eyelashes as they got ready for school.

Girls Will Be Girls

We decided to put the make-up away for only special dress-up play. I tucked it under a pile of stuffed animals on top of the armoire in Sophia’s room.

A few days later, I got home from a long day at the office and wanted nothing more than a big hug from my two sweet girls. Triton was in the kitchen making dinner and the house was oddly quiet. Of course this  made me wonder what they were up to.

Sure enough, when I went upstairs I found the culprits.

Ava had carried the little play table from her bedroom into Sophia’s room, and placed a chair on top of the table. Then Sophia put a suitcase from her closet on top of the chair, and was helping Ava to balance on her tippy toes at the top of all this.  All this because they wanted to reach the makeup stash we thought we had “hidden.”

When I walked in, Ava’s head swiveled on her body like Linda Blair in The Exorcist. Sophia’s eyes were as big as Moon Pies. The expressions on their faces were awash with that guilty look that only kids can have when caught in the act. Because why? Ava had that hot pink lipstick painted all around her mouth like a lunatic clown, with the lipstick still in her hot little hand. Only to be outdone by Sophia, who was covered in a glitter bomb from head toe.

Clearly this was the start of something big. As they have grown into beautiful young ladies, the obsession has not left them. I regularly get texts to make an EMERGENCY MASCARA STOP! on the way home from work. Or we arrive home to find their bathroom covered in Q-tips with one end black from eyeliner clean-ups. We find bottles of nail polish in the oddest places.

And as long as we assure the girls that it’s what is inside them that is truly beautiful, then I say GO FOR THE GLAM! We’ve worked hard to teach them their worth is far greater than beauty. That they can be intelligent, kind, driven, accomplished, self-confident, humble, stable, kick-ass women. In whatever form they choose that to take. Even if they do all that with caterpillar eyelashes and glitter bombs.

Nothing wrong with a little girly around the house. (Ahem. Hold your wisecracks, please).