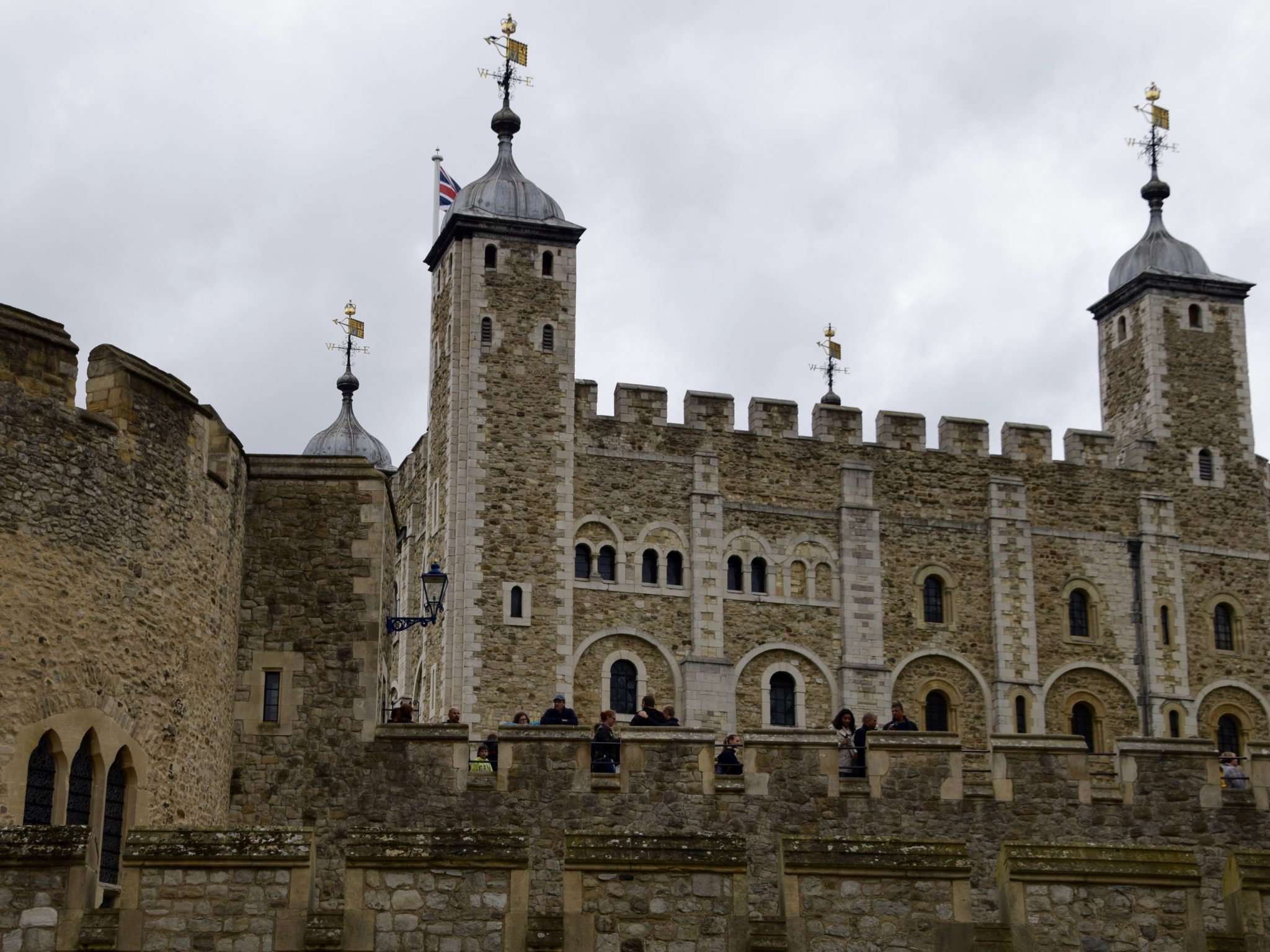 *This visit was hosted by Historic Royal Palaces, HM Tower of London.

Walking along banks of the Thames River opposite the Tower of London to visit with your kids, it’s hard to imagine these were the tallest buildings in London (or Londinium as the Romans called it when they first populated this area) and built as a fortress on this plot during the Norman Conquest in 1066. Now surrounded by sleek glass and steel highrises with highly interesting architecture, the old and the new are even more jarring.

That is, until you approach the entrance to the Tower of London. Families with kids in tow flock to the Tower because there is so much history here, and so many aspects of the Tower buildings that interest a wide variety of people.

For the Royal Watchers

Very few regal ceremonies is now held at the Tower of London. However, there is plenty of royal history here throughout the ages and still true to this day. The Queen’s Guard is onsite to ensure its safety and protect its riches, but also the Queen still has an official residence here. I am told members of the Royal Family are regularly honored here and have a significant presence. Who will we run into here next?

For the History Buffs

Obviously a great deal of Britain’s history has played out within these walls, and much of it recorded in books, films, podcasts and more. As we walked across the paths and courtyards, our imaginations took us back in time to when this was the active seat of the Ruler of British Holdings, near and abroad. King Richard III and his plot to overthrow his family to take the throne? Cannons fired, royal jousts with King Henry VIII? Beheadings and imprisonment and all kinds of high drama? Happened here, along with so many other stranger-than-fiction royal stories.

For the Taggers and Street Punks

Surprisingly, one of the towers used as a jail cell for high ranking prisoners is covered with graffiti. Except in those days, they didn’t have Sharpies or cans of spray paint – they had their hands, and sometimes a makeshift chisel. The walls in this tower are covered with the messages of these prisoners etched directly into the stone. Some include intricate pictures, some are mostly words, and many are in languages other than the Queen’s English. All have a message – to their families, to God, to their guards in an attempt to prove their innocence. It’s actually very moving.

For the Renaissance Faire Crowd

If you really want to feel medieval, this is your place. Bring your own giant turkey leg and beer, and you’ve got a themed event to make into next year’s holiday card. Many, many things at the Tower harken back to the Renaissance, from armor to swords, from royal horses to royal guards, from tales of history to rumors from the past. All the sights, sounds, smells and colors are here for the making of new memories. (Wenches and Village Idiots not included).

For the Jewelry Bedazzled

Ok, these royal jewels are unbelievable – all $32 billion of them. We went through the line three times to see them, propelled along a moving walkway so no one would block the views. A visitor could be easily blinded by the glare off some of these stones, which weigh in at sizes up to 317+ carats. Just one stone from Queen Mother’s crown would probably power my retirement from now until I’m 100. And there had to have been at least 50 stones in just her crown alone, not to mention all the other royal crowns on display, crusted with gold and jewels and pearls and red velvet and… phew. Trust us, it’s a lot of bling to take in. Bring your sunglasses.

With buildings like The Bloody Tower and the Torture Chambers, there are plenty of dark things that went on within these walls. King Richard had his brother’s young sons (and heirs to the throne) disappeared from their rooms and they were never found, until centuries later when a small metal box was found under some rubble – containing the bones of children. King Henry VIII’s beheaded wives? Yep, happened here. Or the many men and women tortured on the racks and other unspeakable mechanism, guilty of sneezing to the left instead of the right or some other trumped-up charges. Those were pretty gruesome times.

See? Something for everyone. You could appease every member of your family with something here, along with a nice serving of English Sticky Toffee Pudding. Now THAT would make everyone in your family happy for sure!

*This visit was hosted by Historic Royal Palaces, HM Tower of London.

7 thoughts on “Visit the Tower of London with Kids”

We’re making the most of this whole time at home