It seems like the fuss about seals beaching themselves at Children’s Pool in La Jolla has been going on for years, with people on either side of the argument getting pretty heated up at times. You see, these harbor seals love sunning themselves on the warm sand at Children’s Pool near La Jolla Cove, because it is a protected place for them to give birth and raise their young pups. It’s pretty difficult for people to be on the beach without disturbing the seals, and vice versa. (It’s reaaaaaalllly smelly with seal, um, stuff, so there is that….) 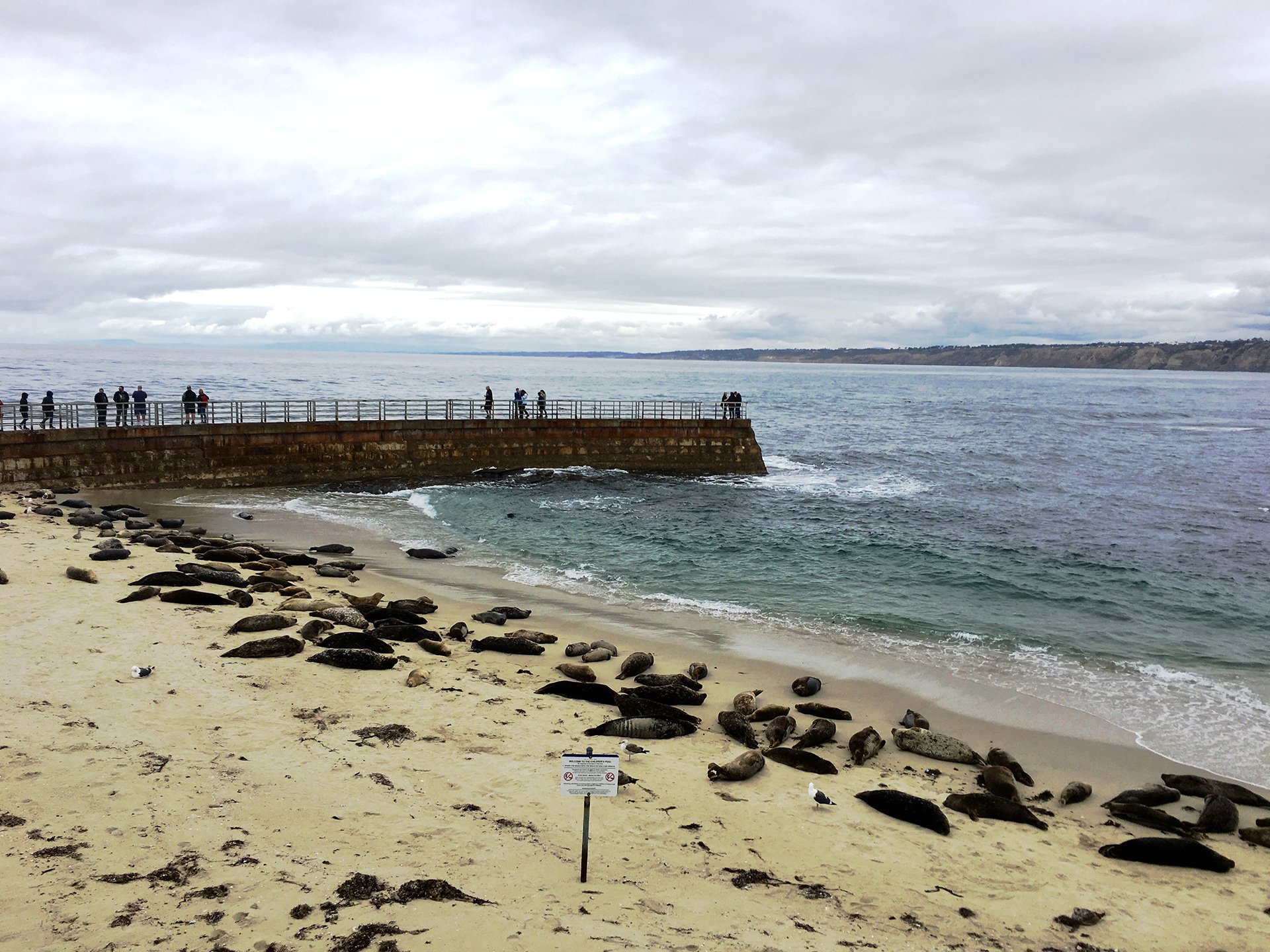 Seals beached at La Jolla’s Children’s pool, complete with City of San Diego sign saying not to disturb them

All I know is that those seals are so darn cute, and we all loved walking around the cliffs there today to watch them bobble around, yawn, yak at each other and bray those famous seal calls. Sophia and Ava named several of their favorites, and wanted to bring one home as a pet. Crowds of people numbered in the hundreds, lining all available vantage points to watch, point, video and snap these celebrity seals. 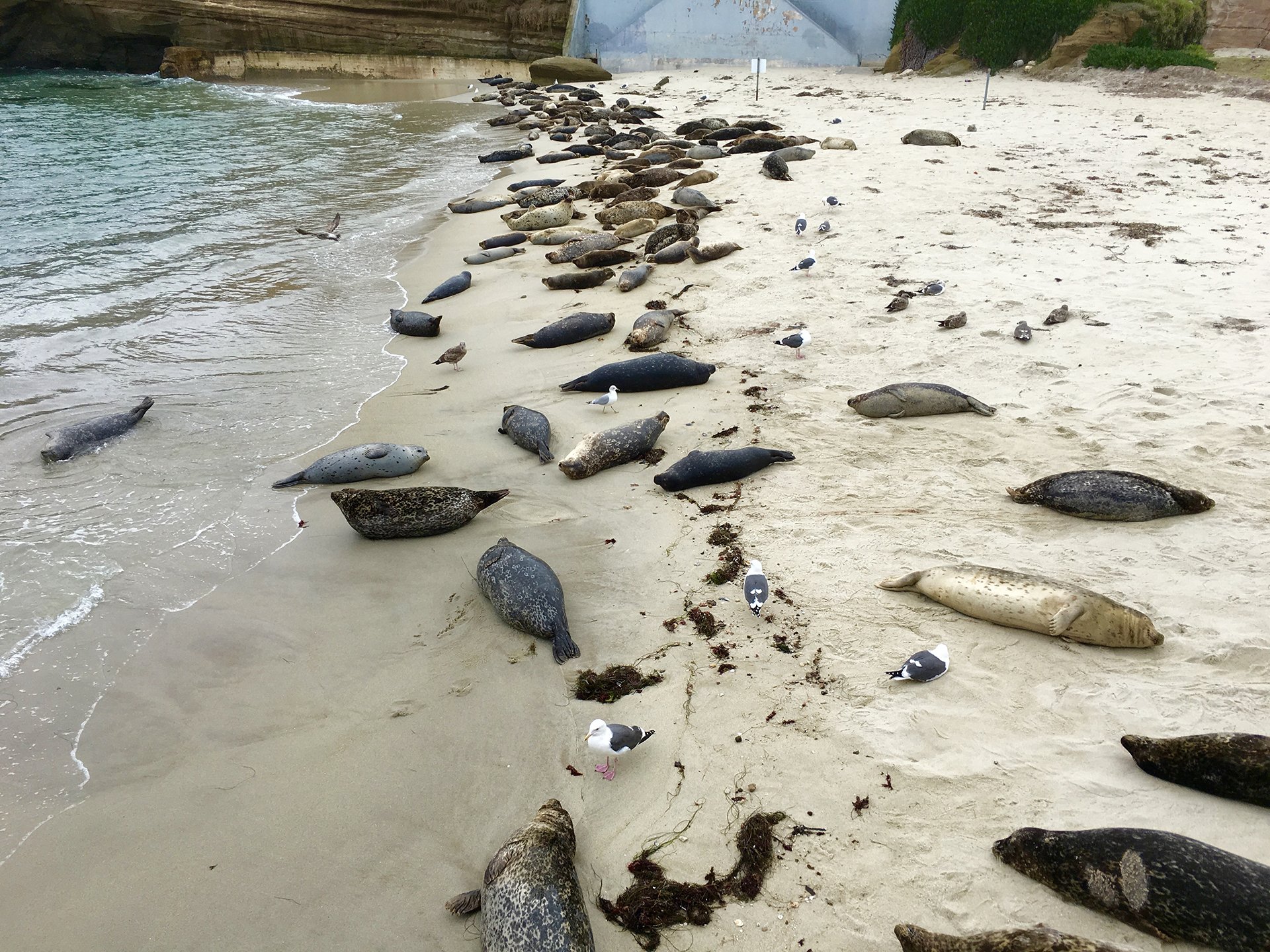 I dunno, that sand looks pretty darn comfortable to me!

The issue has become so contentious that the City of San Diego has weighed in with protective ordinances (several times) and the courts have flip flopped through various lawsuits (several more times). Read this recent LA Times story for more details.

With miles and miles of gorgeous beaches in San Diego, do we really need to possess this small bit of sand too?

I’m curious what you think???  People? Or seals? 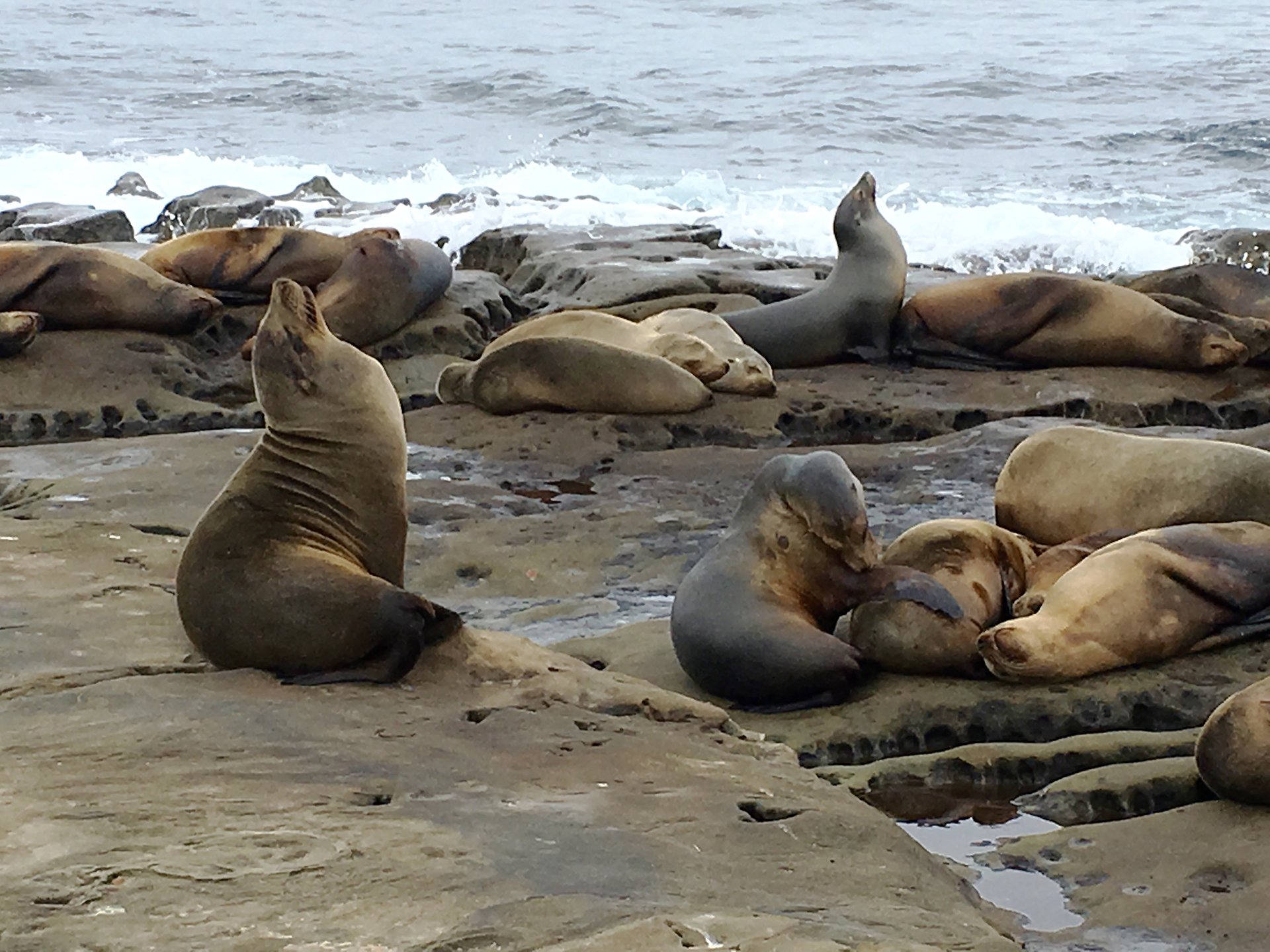 They are so dang cute!