Have you ever gotten tired of asking your kids to put stuff away where it belongs? Lately it’s become exhausting, so we tried a little sociology experiment to test our parental patience against their indifference. Shortcut to the end: the parents lost. This means we lost our patience before they cared.

Let me explain. The girls have a bad habit of leaving their hair ties everywhere. EVERYWHERE. In the cupholders of the car. On the kitchen counter. Sitting on the table in the TV room. You name it.

It’s almost as bad as the whole replace-the-toilet-paper-roll conversation.

When we saw two on the floor of their bathroom on a Thursday night, we decided not to say anything about them picking up after themselves. On Friday we took the photo you see in this post, and said nothing, thinking of this experiment to wait them out. On Saturday, we said nothing.

On Sunday in desperation, I finally broke and asked them to “clean their bathroom”. In the future I will learn to be more specific, because they did begrudgingly clean their bathroom. The counters were clear, the various and sundry beauty products were shoved away. The sinks were rinsed of makeup smears and toothpaste globs.

But those hair ties are like cockroaches – they will survive the apocalypse and outlive us all. On Monday, they were still in the exact same spot on the floor where they had been laying since the Thursday before.

And on Tuesday, I asked them to pick up their hair ties and put them away.

The response? “Sure dad, no problem”, as they effortlessly put them back in the drawer with the rest of the hair ties. Sigh. 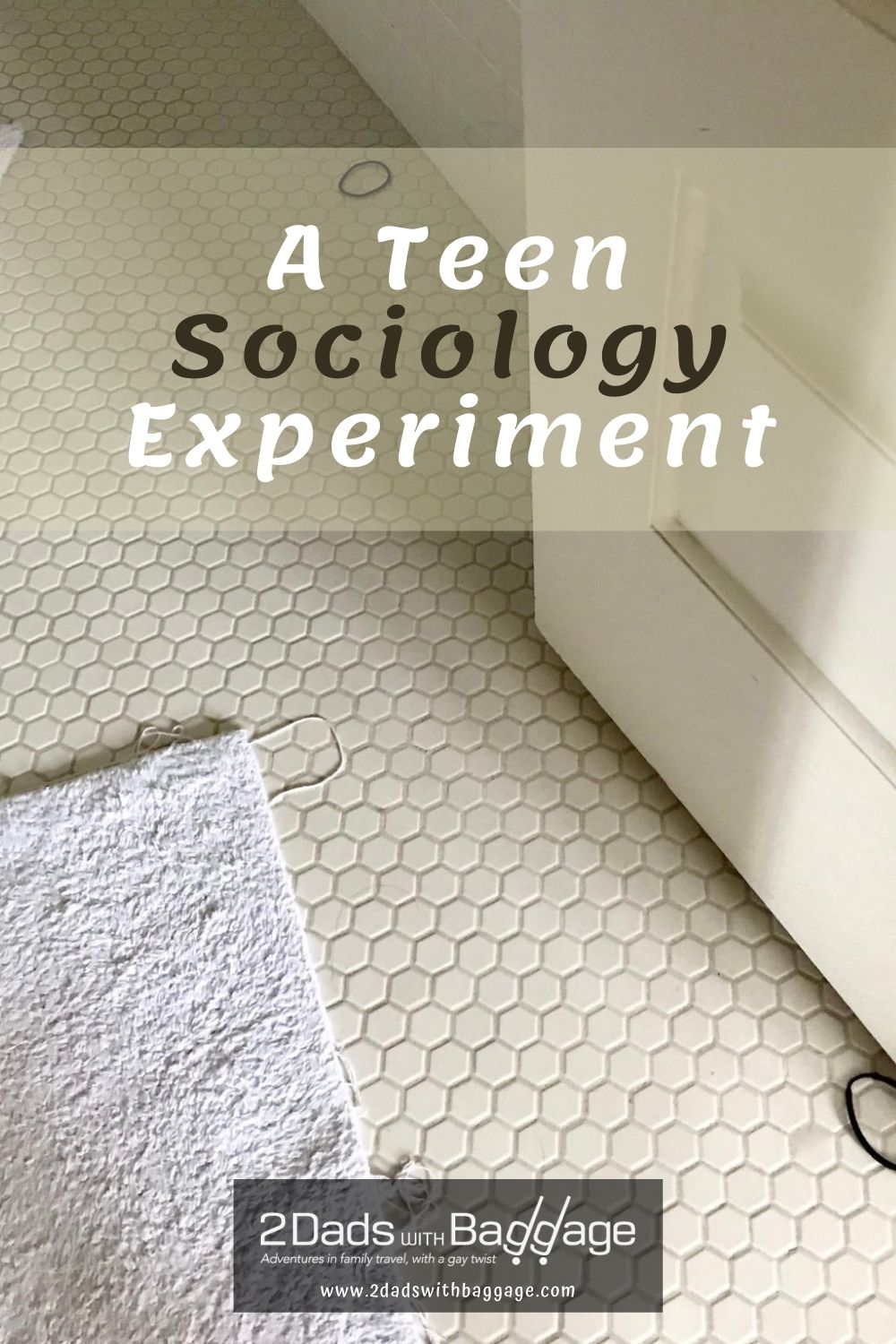 My brother Chris and I share a lot in common. We l

We love a good cocktail now and then, and when we