Earlier this year, Sophia had a “moment” with her teen boy band idol, Jack Johnson of Jack and Jack. (To hear more about that, read the earlier post here). So when Jack and Jack announced they were returning to San Diego as part of local radio station 93.3’s Summer Kickoff Concert, the begging began.

As parents, we’ve learned to use these moments, dangling them like carrots above our teen girls’ heads in order to extract good behavior and extra chores from them. Believe me, these opportunities come few and far between – so don’t judge! 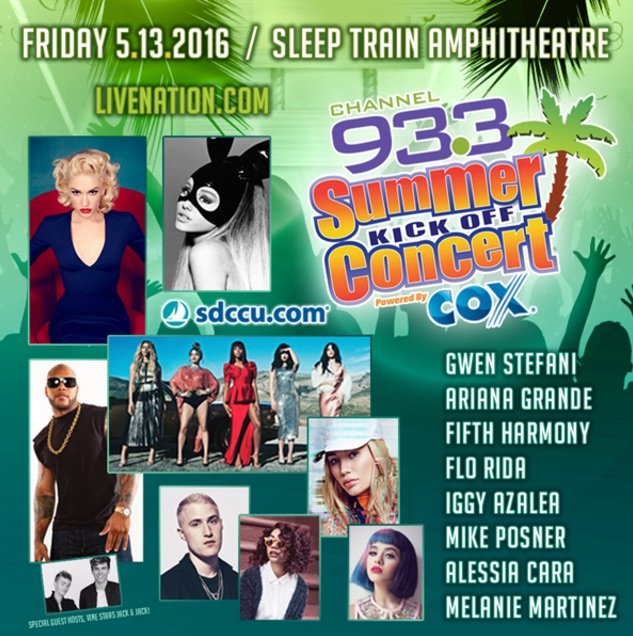 Hanging with the teen idols at the 93.3 Summer Kickoff Concert

We did finally agree to go as guests of I Heart Radio and settled into our pretty decent seats. Ever the schemer, Sophia had made pre-arrangements to sit with a friend whose seats were even closer to the stage. Since that girl’s mom was along, we knew it was okay to let Sophia sit up in front – in fact, we could easily see her from our seats 20 rows back.

While Ava, Triton and I bopped to the music, Sophia and her friend stealthed out of the venue under our noses. We figured they had to visit the bathroom.

But no. Come to find out, they had gone looking for Jack and tried to sneak backstage before being stopped by security. Ever resourceful, they stood just outside the backstage gate to peer inside like the stalker teens they are. And sure enough, Jack walked by so the called out to get his attention. “I remember you!” he said to Sophia. “You’re the one with the wifi sign! Come on in!”

And just like that, those girls were backstage groupies. They took photos with both Jacks, hung out and chatted with them and the crew, met a few other performers, and expressed their giggly thanks before returning to their seats.

I don’t know about you, but I’ve been backstage at a concert or three. I know what goes on back there, and it’s not meant for teen girls. Luckily, this was a family-friendly event with a high degree of oversight, but still. I was more than a little freaked out. (And maybe a tiny bit proud of my little hustler for being so resourceful).

We are so screwed.