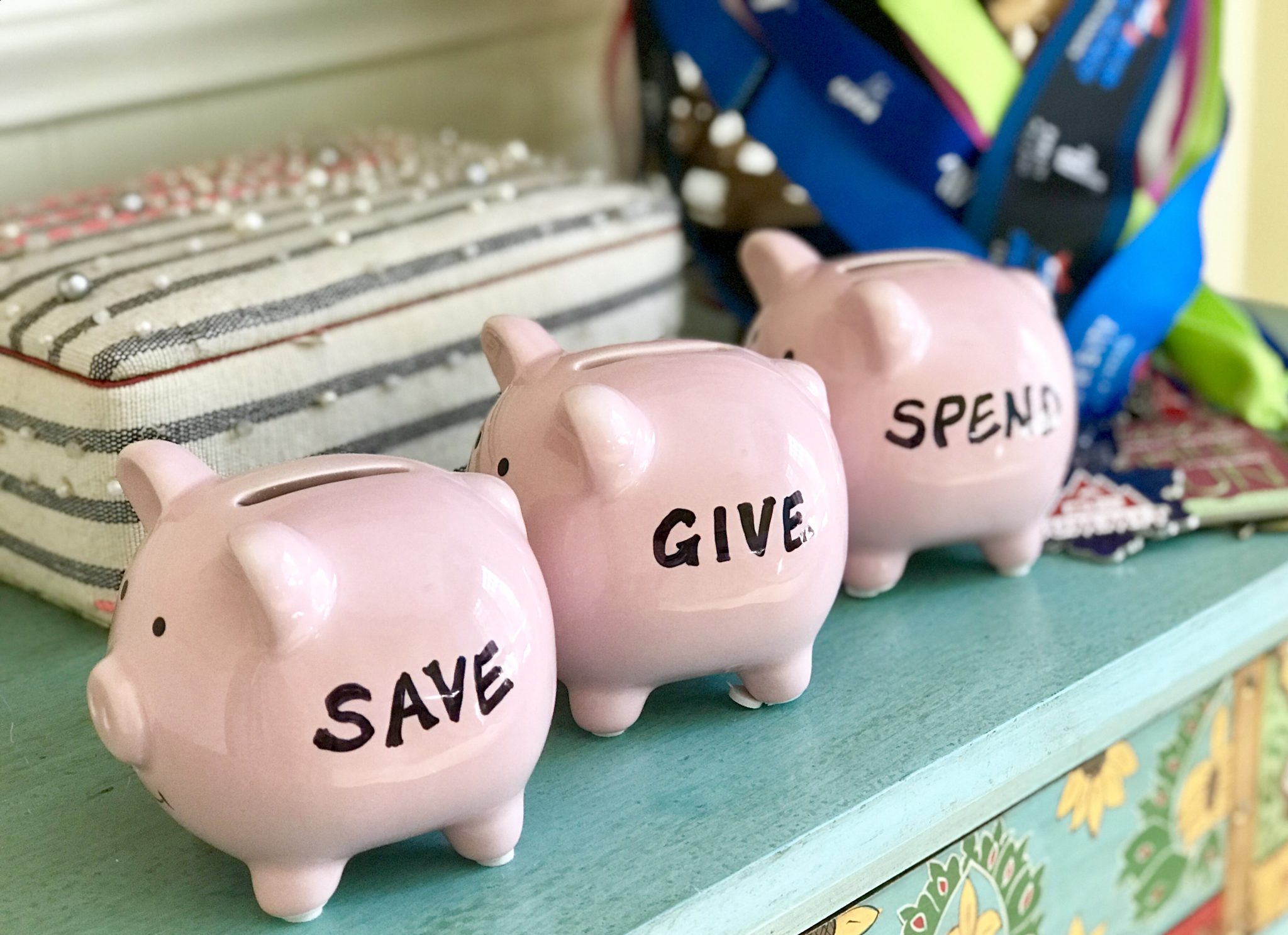 *This post was created in partnership with Starbucks, and as always, all opinions expressed here are our own.

When our girls were very little, we introduced the idea of piggy banks – with a twist.  We gave each of our daughters three piggy banks, marked on their sides with a sharpie: “Save”, “Spend” and “Give”.  These days, those piggy banks have gone online, and now prepaid cards are like digital piggy banks that help kids save, spend and give through the use of tools like the Starbucks Rewards Visa Prepaid Card.

In this modern world of online banking and finance management, we are teaching our girls the value of money by allowing them to use our Starbucks Rewards Visa Prepaid Card. The idea of saving, spending, and giving is still the same.

As little girls, Ava and Sophia learned the value of saving for what they really wanted. The piggy bank marked “Save” collected $2 of the $5 we allowed each girl per week. With these two dollars accumulating per week until a small fortune (at least in the minds of young kids), they could witness what saving for something was all about.

We would ask them what they wanted to save their money for. Usually the answer was a new Malibu Barbie or Play-doh, or some fun toy. Then we would go online or show them in the store how much the item cost. We’d then help them tally their savings until they reached their goal amount. The reward for patience was to take the money and purchase the toy that had been saving for. Reward system!

Granted, the money in the “Spend” piggy bank did not last very long in that piggy’s belly. These $2 per week was designed for immediate gratification. Ava and Sophia could go immediately to the store and spend their $2 on whatever they wanted that week.

There was another benefit to this system – they also learned that $2 does not go very far. In fact, $2 does not buy very much at all. More the once, they would get a dissatisfied look as they held a few small pieces of candy or a Japanese eraser in their hand. To them, the rewards of saving for something bigger started to seem like a pretty good idea.

Our girls have been fortunate to have the opportunity for a weekly allowance. The “Give” piggy bank was designed to help them understand the power of sharing with those in need.  One dollar of the five each week was placed in this piggy bank, collecting until there was enough to make a gift of some kind.

As the money accumulated over a couple of months, we asked the girls where they would like to donate the money for that round. Sometimes their answer would be to help homeless people; sometimes it was school supplies for kids that couldn’t afford them. Heartbreakingly, one time it was for the janitor at school who had lost everything in a fire.

The look of pride on their little faces was priceless, as they realized their “Give” piggy banks had helped in some small way.

Now that the girls are teens, they’ve obviously outgrown the piggy banks. However, the concept of Save/Spend/Give is something we still talk about.

We’ve shifted our conversations to how prepaid cards are like digital piggy banks that help kids save, spend and give. Through the use of tools like our Starbucks Rewards Visa Prepaid Card, we can use the card to help them learn about the value of money with an added bonus. Although far more sophisticated and powerful, cards like this can still operate in a similar fashion. We give the girls the choice to spend it all, or save it to amass for a larger purpose.

Once or twice a week, we sit with them in front of a laptop to view our card balances online. We talk though each purchase, the price of what they paid, and whether or not they feel that purchase was worth the cost. So far, the eye rolling and heavy sighs have been kept to a minimum. Instead, they actually seem interested in how it all works.

For The Love of Starbucks

We have no illusions as parents that their interest in talking finance with us will continue, but we are gaining confidence that the habits will last.  As digital piggy banks help kids save, spend and give through the use of tools like the Starbucks Rewards Visa Prepaid Card, these old habits will die hard.

And in this case, that’s a very good thing.

Early morning bike rides along the Santa Barbara b

Road trip! It was so awesome to get rhe family out