Triton works with a lot of talent agencies for his job, but who knew it would land us a Disney audition? You see, he needs to book models to wear his company’s Halloween costumes and pose for catalogs and ad campaigns. After working together for many years, he’s become friends with these talent agents, and they know the story of our family. 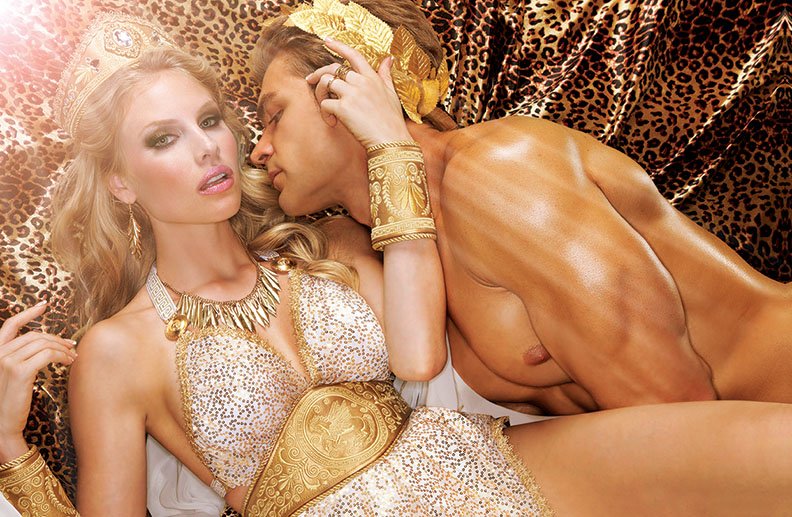 Every once in a while, one of them will contact him about a major advertiser looking for a family like ours to feature in their new ad campaign. I guess same sex parents with beautiful kids are in demand. Who knew we were now the gay poster family?

When they called to say Walt Disney World was looking for a “real family” to be featured in an upcoming campaign, we said sure. Why not? An exchange of photos and emails flew, and we were called to LA for an audition. The kids were pretty excited when they heard the words “DISNEY AUDITION”, so we went for it.

Triton asked for the details numerous times, and each time the booker gave him one more tidbit. But the one thing we kept asking: “What do we have to actually do at this audition?” was never really answered. We got the address. We got the time. We got the name of the talent agent to ask for. But we never found out what was expected of us when we got there.

We showed up 15 minutes prior to our appointed hour, pushing into a room filled with wannabe actors, children of all ages, and several “real” families. There were four different auditions going on at the same studio, all TV spots for different brands. The Disney audition was being held behind Door Number Three. 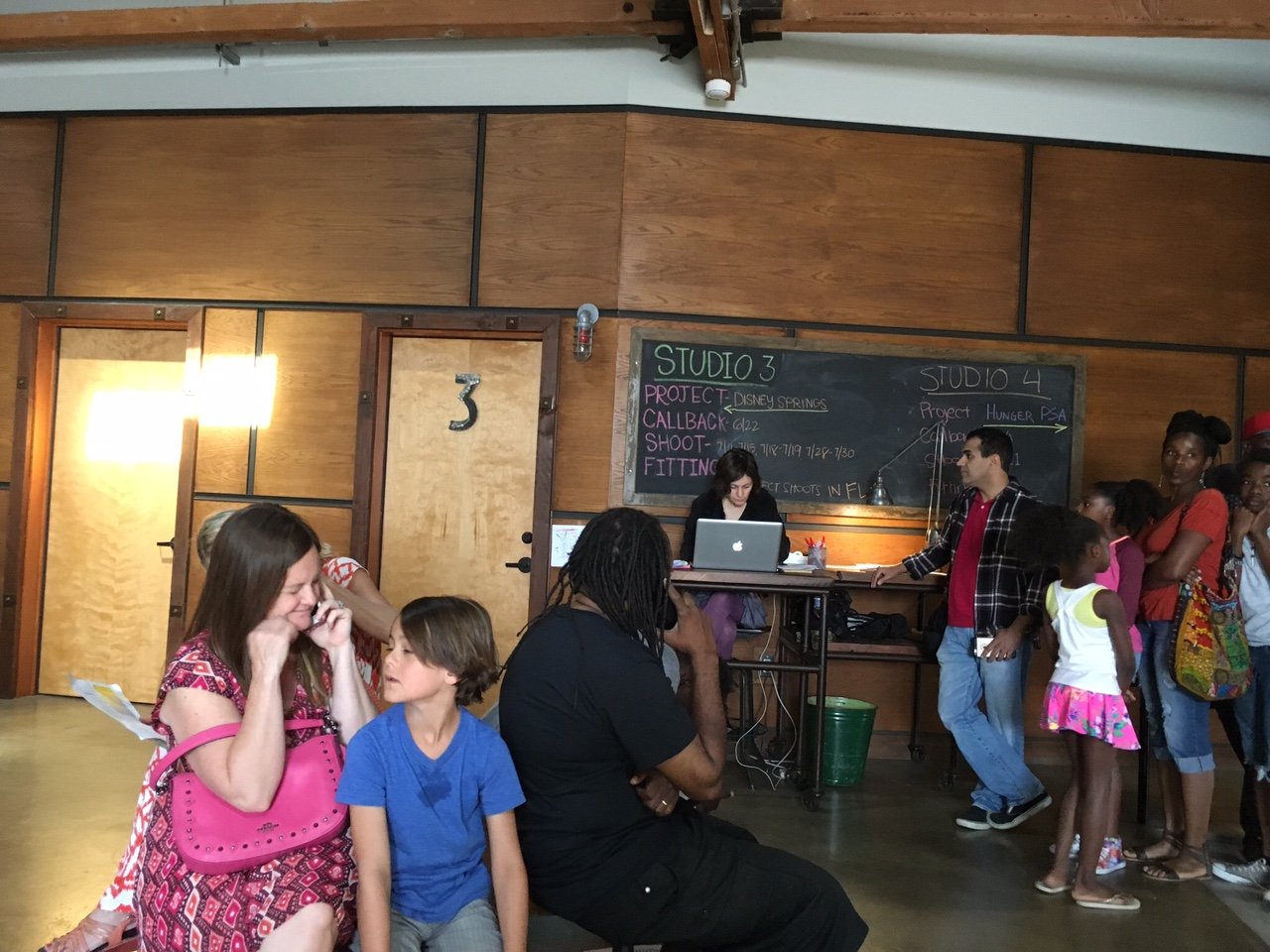 As we waited for our turn, we looked around at the other families waiting for Disney auditions. It looked like they had certainly checked all the boxes marked “real family” – the African American family, the Asian family, the family with a special needs child, and even another family with two dads. And they were all giving us the once-over, staring us down like newcomers to the neighborhood barbeque. Triton, Sophia, Ava and I sat together, trying not to look like we cared, staring at our phones and waiting for our names to be called.

When our turn finally came, we all piled into the audition room with big smiles and happy faces. The smiles quickly faded when the very nice agent turned on the video camera and started with the questions. We each had to take a solo turn, responding to requests for sad face, happy face, surprised face, face of wonder, face of delight, forced laughter, etc. It felt really odd. (And it dawned on us why the booker had never really told us what to expect – because we probably wouldn’t have gone if we’d known.)

And then. AND THEN. He had us gather together in front of the camera and dance. DANCE. We had to groove to the disco beats of The O’Jays, kicking it up like an old-school episode of Soul Train. When Triton broke into the Sprinkler, we new our little audition had jumped the shark.

With a kind nod, we were escorted out while hearing those fateful words “We’ll be in touch”. We drove immediately to Melrose Avenue for a bit of West Hollywood glamour and a great vegan Mexican dinner with margaritas at Gracias Madre Restaurant. 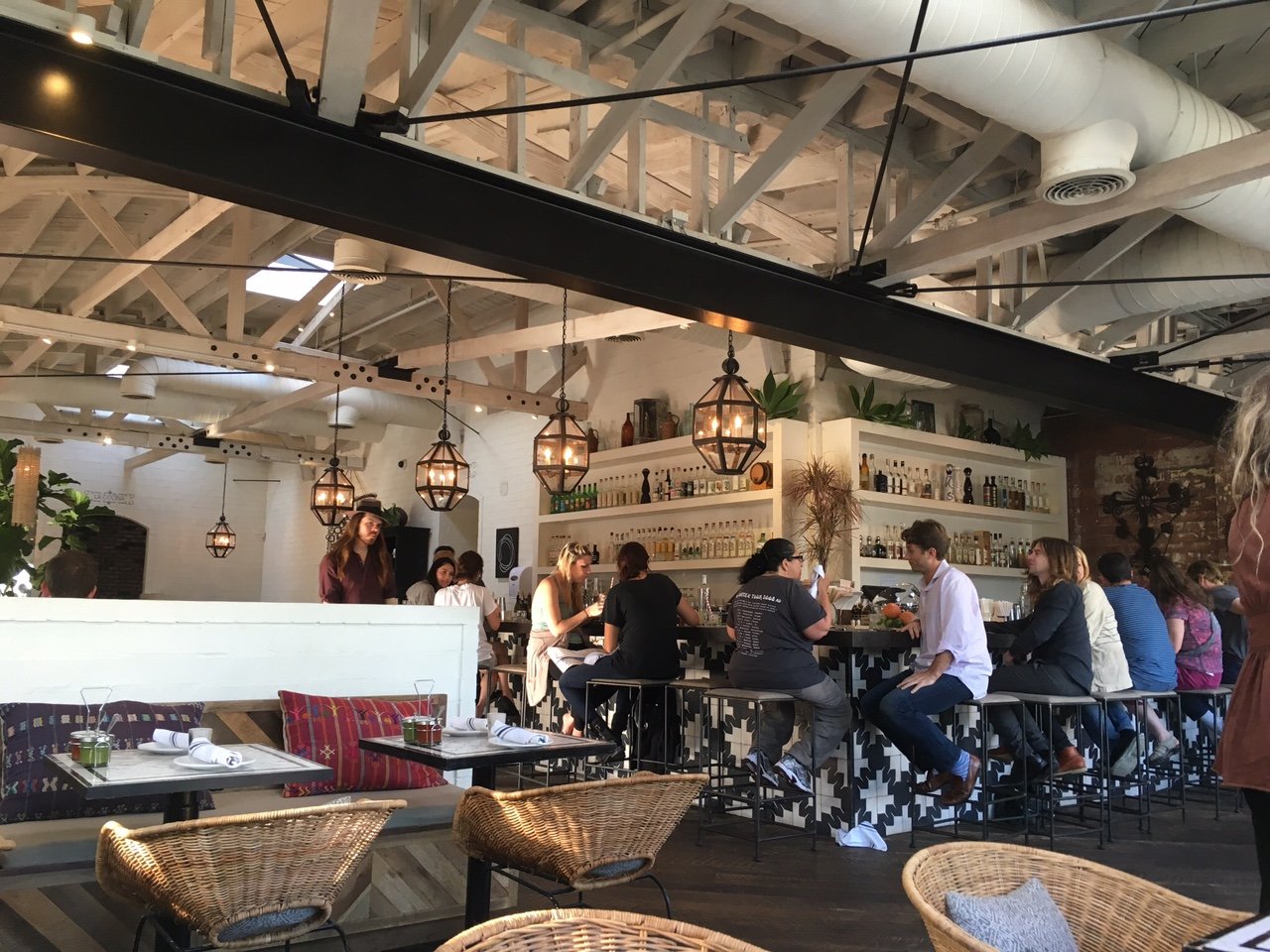 After our harrowing audition, we escaped to Gracias Madre Restaurant on Melrose Avenue

Two days later they were. In touch, that is. The director said we were his top pick, and he wanted to meet us in person – the following day. Now I guess that’s how things work in Hollywood. Everyone is instantly available to show up at a moment’s notice to score the part. But unfortunately, we don’t live in LA. We have full time jobs, and the girls had school that day. And so sadly, we declined. Our dreams of Hollywood stardom dashed, we returned to our workaday lives.

I don’t know about you, but I can’t wait to see what “real family” Disney ended up casting in their TV campaign. I can’t imagine they dance as well as us. 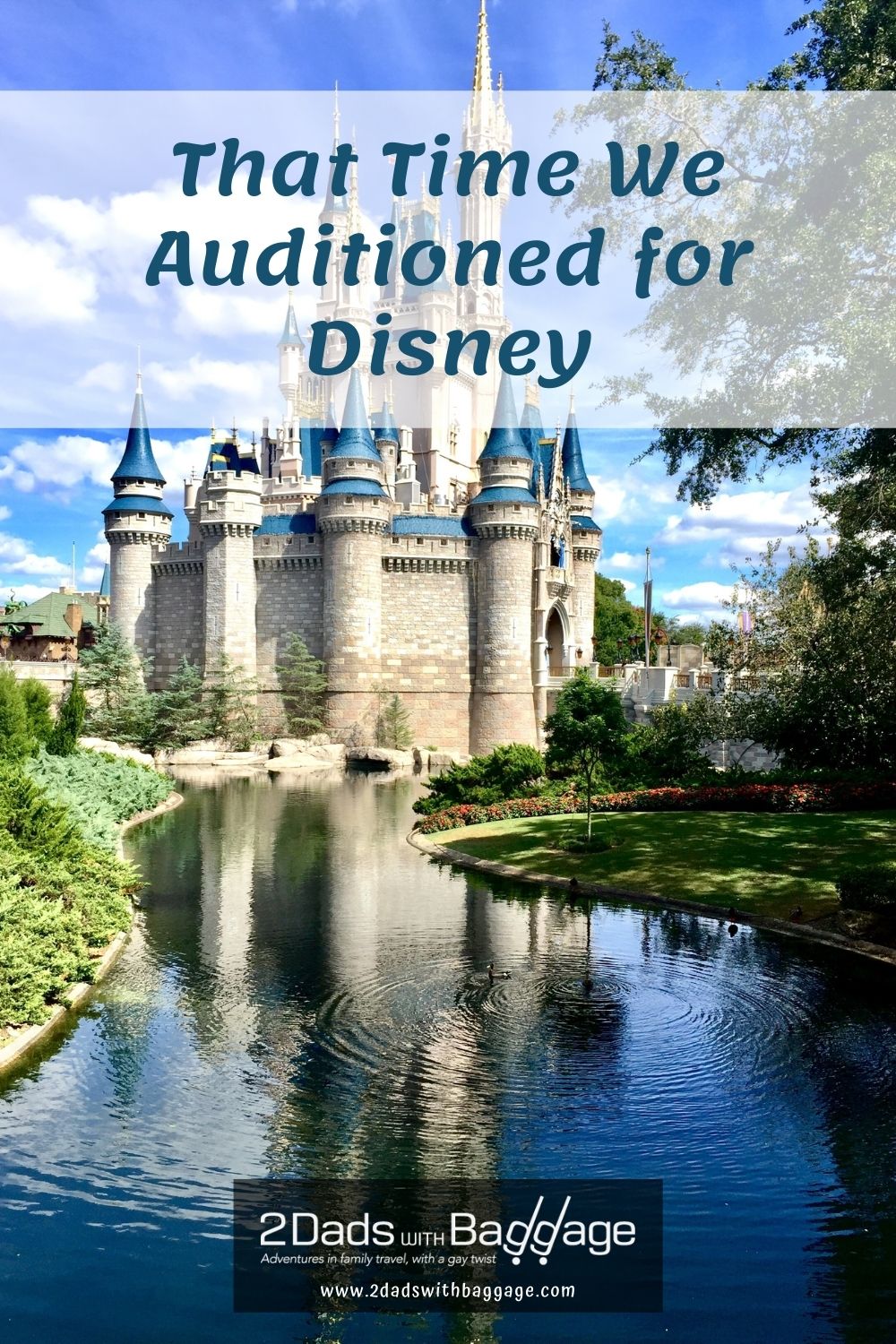