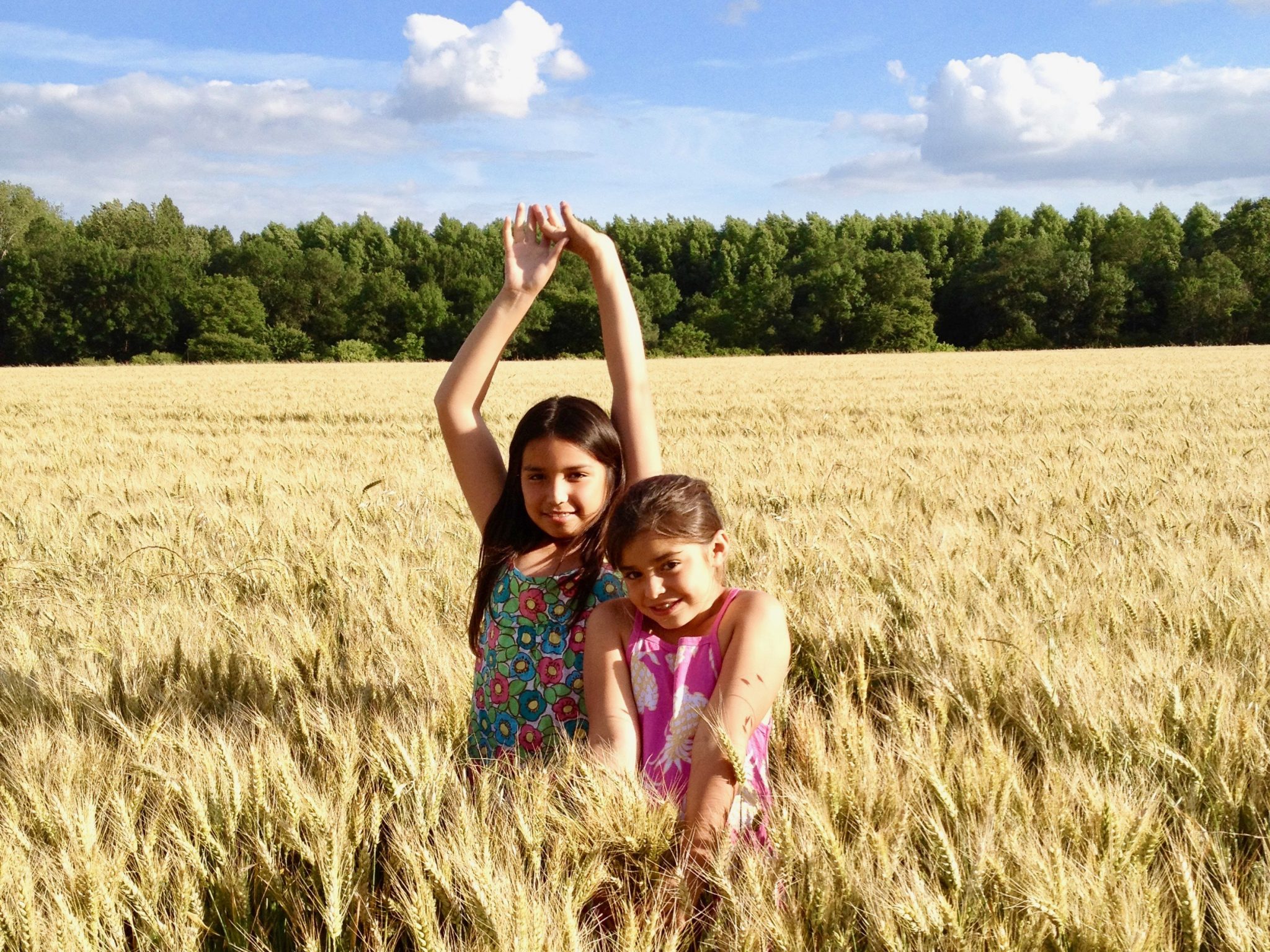 In our family, Triton and I believe the importance of teaching each of our kids to become citizens of the world is a primary component of our parenting. We think it’s vital for parents to raise children who are global citizens. Who understand that the there is a great big world out there. You know – the world outside their cul-de-sac, outside their suburb, outside of their city, state and country. Especially now, in these times we live in.

As parents, we want our girls to lead the next generation of compassionate, empathetic, open-minded people. It’s why we travel as a family near and far visiting places, cultures and people unlike our own. We want them to understand we are ALL humans and deserve each other’s understanding and friendship. (I know, heady thoughts for a travel blog. But it’s important stuff!)

It’s our duty to help them understand what it means to be a citizens of the world. We look for ways we can instill those values in ourselves and pass them down to our kids.

What is a Citizen of the World?

Helping our kids become a responsible citizens of the world means that they go through life with an “others focused” philosophy. Hopefully they shed some of the self-centeredness that often defines Americans in general and children in particular.

According to Wikipedia: Global citizenship is the idea that all people have rights and civic responsibilities that come with being a member of the world, with whole-world philosophy and sensibilities, rather than as a citizen of a particular nation or place.

It Started With the Greeks

The importance of being a global citizen is not a new concept. It’s been traced back to the Greeks in 4th Century BC. Back then they used the term “cosmopolitan”, which translated into ‘citizen of the world’. Even back in the day, they understood that it was imperative for everyone to take an active role in their community.  They knew that everyone achieves more when we work together.

A Small Place in the Wider World

Global citizens are aware that they are connected to people, places and things throughout the world. These folks believe in making our world more equitable and just for everyone, not just for people who look like them. They think critically about sustainable best practices and how to protect the planet for future generations.

The impact of global citizenship is real and evident. Global citizens help to create a society where people have the ability to understand the impact of their decisions not only to themselves. Their decisions effect the Earth, as well as people, places and things all across the globe. They are introspective and globally minded. Citizens of the world know that they already have the skills to make significant changes to the world around them.

6 Characteristics of Being a Global Citizen

Being a global citizen can be based on a variety of factors. The main point is that the world is bigger than the tiny part we see in our lives every day. Citizens of the world appreciate differences. They know that many times we can learn more from others than we can teach them.

There are six main characteristics that can be found in all global citizens:

Global citizens reach out to people around them, near and far. These are people that understand that they are connected to everyone around them. They know that compromise is not a dirty word and that assisting others isn’t just about what they will get in return. Sometimes they may not know everything, and that’s okay.

When you genuinely care about others and are authentically connected to those around you, compassion is the natural outcome. You are empathetic, which means you don’t feel bad for others. You understand what others feel. Global citizens don’t sweep in to become the savior. Most often other cultures don’t want to be saved. They seek understanding most of all.

The ability to be open to new people, things and ideas is vital to becoming a global citizen. Citizens of the world aren’t pushovers though. They have formulated their own ideas and are able and willing to express them. They also understand these ideas aren’t set in concrete. We can be open to the fact that we don’t know everything.

Global citizens want to learn more about the world, and the people and other living things who inhabit it. They ask questions and wait to hear the answers. These folks don’t see things just as they are, but rather they think about what could be. Maybe wonder about things. And say ‘what if’ a lot.

Taking responsibility for our actions and decisions is key to truly being a global citizen. Global citizens respect the rules, laws and customs of the world in which we live – or visit. They are accountable for the things they do and say. Global citizens know they are always setting an example, especially outside their home country. They take care to make themselves a good example. When the rights of anyone are being violated, no matter who they are or where they live, they are compelled to help.

Being sustainable is not just a nice thing to say for global citizens. It is a way of living – every day. Being environmentally conscious means not being wasteful. It’s understanding the responsibility each of us have to the planet and those who inhabit it. Citizens of the world care that their actions, no matter how small, will affect people and places around them.

Why do kids need to be responsible citizens?

Now that we know why adults should be global citizens, the next step is helping children become ones too.

As parents, we need to model the behavior we want to see in our kids. It’s imperative that we can show (and not just tell) what being a global citizen looks like. This way, our kids can follow in our footsteps. Our national, cultural and racial identities are typically applied to us when we are born, but we have to learn to be a global citizen. This way of global thinking is developed over time through life experiences and exposure to different ways of thinking and living.

Hopefully, everyone is learning responsibilities at home as a child. (Yikes if you’re not!) Responsibility helps the next generation be more creative, proactive and flexible. Our kids can become accountable for their ideas, beliefs and actions.

Global citizens, even kids, can take an active part in building our world community and help create the values it will have. It can be as simple as children helping elderly neighbors, or befriending the new kid at school who doesn’t look the same as everyone else.

The importance of being a global citizen can be seen when kids, adults, and whole families have a sense of belonging to the human family. Global citizens have cultivated respect for all people and things. They are active learners and innovative thinkers. These skills are exactly what children of 2020 need to succeed in school and their workplaces in the future. Being a global citizen is not just about helping the Earth the other people, but also helping ourselves. 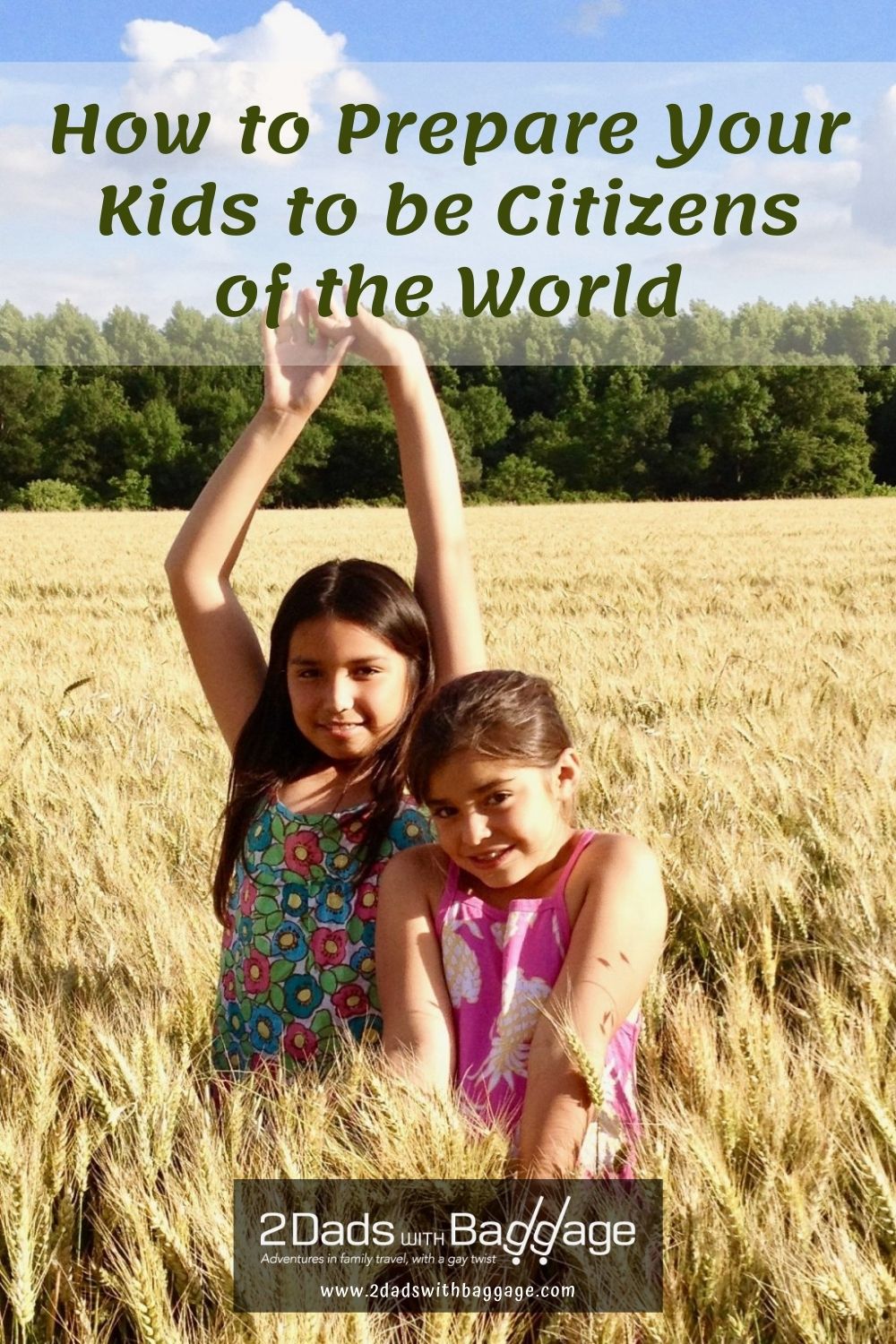