Last weekend we lucked out and a friend got us tickets to the I Heart Radio Music Awards at The Forum in Los Angeles, which was a full-fledged awards show full of celebrities and televised live for global viewing. As it turns out, our experience was a bit more than just tickets for good seats, since she also arranged for a surprise private guided tour before the show, along with a skip down the Red Carpet (notice the capital letters on Red Carpet, since it was that big a deal).

Yep, that’s how we roll in the Bailey-Klugh Family. Okay, not really, but our friend did make us feel very VIP as guests of I Heart Radio. The girls were beside themselves at the thought of being in the same room with some of their music idols, and the experience did not disappoint. 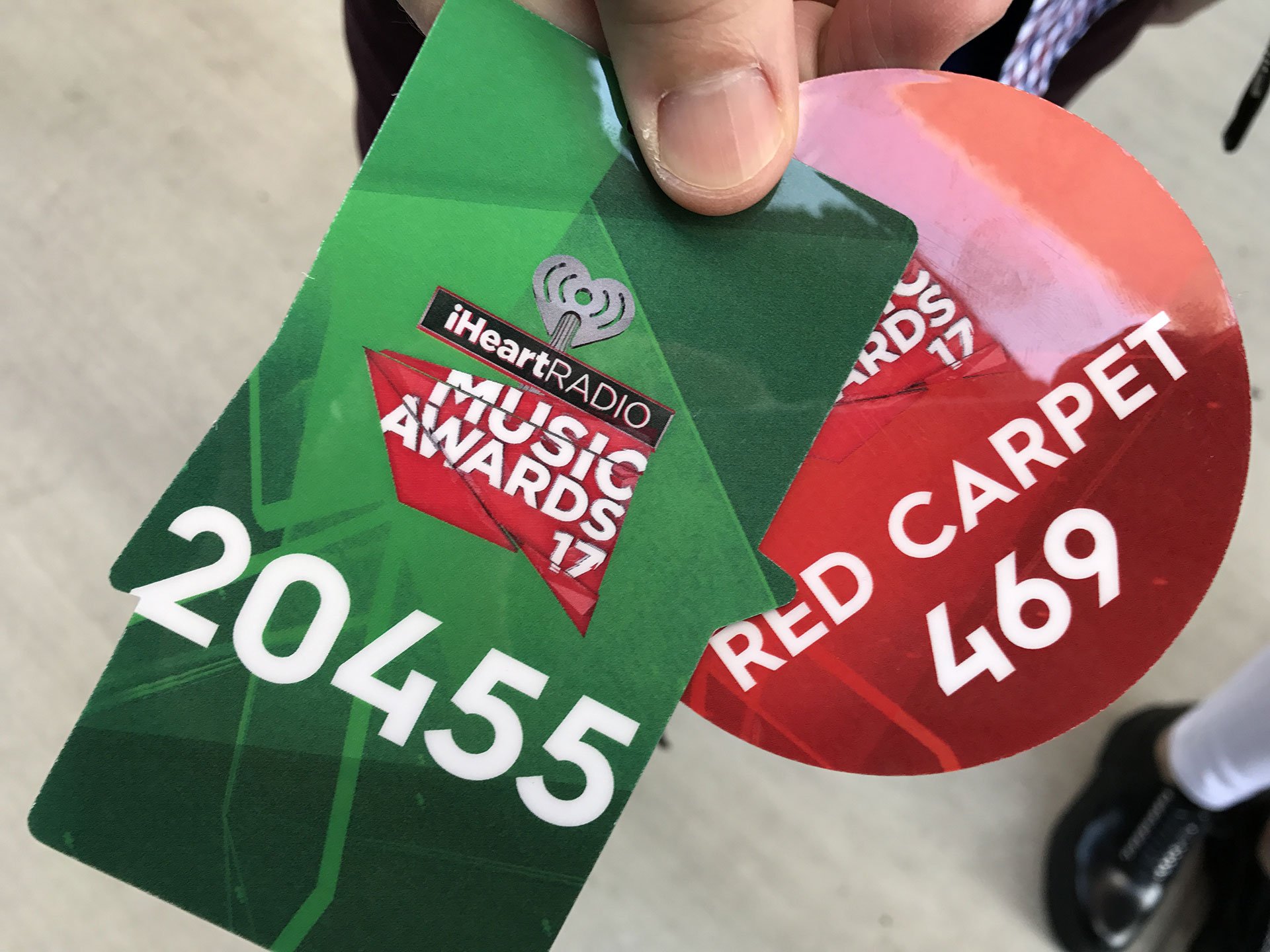 The key to getting backstage and on to the Red Carpet is the right credentials, like these.

On the day of the event, I got a text from our private guide asking when we would arrive and to let him know so he could meet us for our tour. And there he was, holding lanyards for each of us with VIP access. We felt so important walking past all the folks standing in line as we entered The Forum through a backstage door.
Inside, we walked through the dressing room area, past doors marked with the names of entertainers and presenters that evening. Katy Perry’s was first on the right, Chainsmokers on the left, and then a dizzying list of doors with names like Chris Martin, Ryan Seacrest, Jason Derulo and John Legend just to name a few. We tried to sneak a peek into one, but security was just too agro.

We did get to walk into the Green Room, which was very spacious and set up like a giant living room with couches, comfortable chairs, a buffet of food, and of course a bar. But alas, no celebrities there – just a few hangers-on (probably somebody’s hairstylist and a make-up artist or two).

Through a backdoor and up a flight of stairs, we were suddenly standing on a red carpet. The Red Carpet. And not only were we standing on the Red Carpet, but we were on the right side of the velvet ropes – inside! Yep, we were on the walk, with the step-and-repeat wall behind us and the line of reporters and cameras along the other side. So what did we do? We strutted. 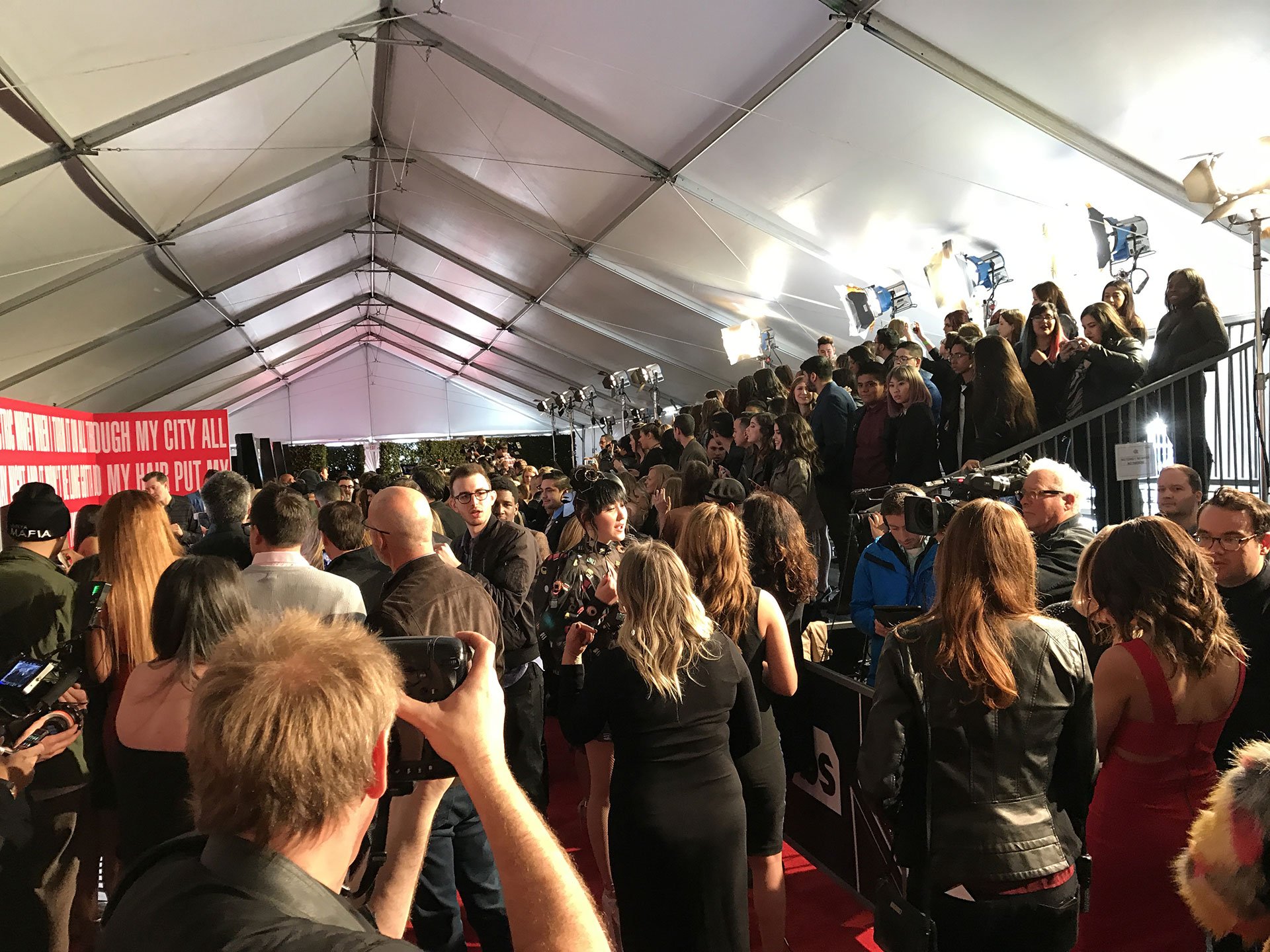 Working the Red Carpet along with Noah Cyrus, John Legend, and some guy named JT. The paparazzi were just exhausting – really wish they would just leave us alone.

Noah Cyrus, little sister of Miley and there to break her new song, was giving interviews nearby and we lurked in the background. Ava kept an eye out for Shawn Mendes, while Sophia craned her neck for a glimpse of Justin Beiber. We didn’t get to meet anyone, but it was pretty darn cool.

Once inside The Forum, we found our seats and started the official People Watching portion of the evening. Attending an industry function in LA is always such a visual feast, and this one did not disappoint. Men in long cheetah fur coats next to guys in tank tops with muscles on their muscles. Women in impossibly high stilettos teetering next to other women with purple hair in jeans and Ugg boots. 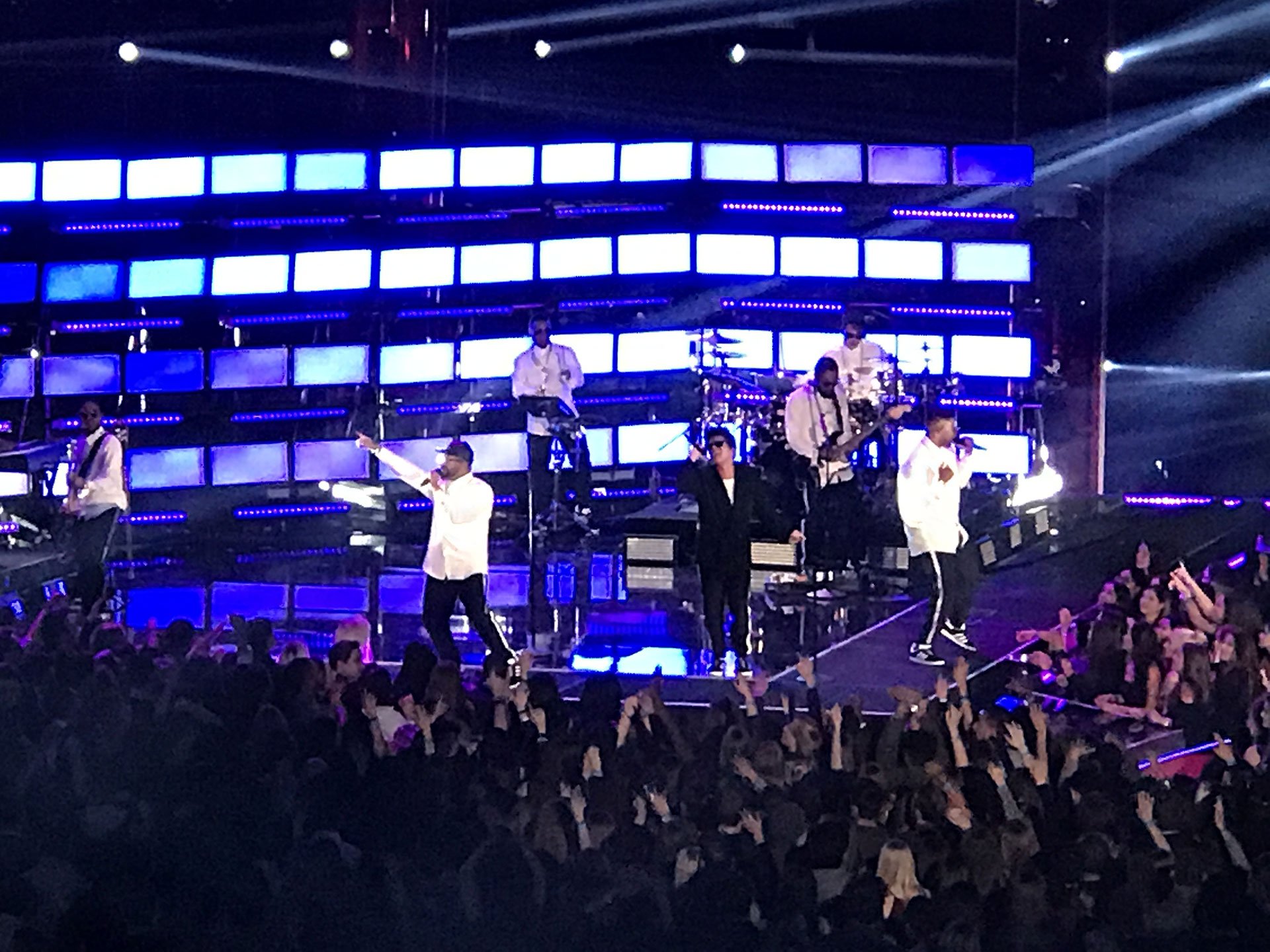 Bruno rocked the house and was a great finale to a spectacular event.

Once the show started, it was nonstop action from Katy Perry’s opening to the Chainsmokers and Chris Martin singing their new mashup “Something Just Like This”, to the rocking finale with Bruno Mars. As it was filmed for live TV, the commercial breaks provided a moment of calm in between the cavalcade of awards, stars and performances. You know who really killed it? Shawn Mendes. That boy can SING.

And the best acceptance speech of the evening? Justin Timberlake receiving his award for Song of the Year for “Can’t Stop the Feeling!”, saying: “I wrote this song because I wanted it to be about inclusion, about being together.”

“If you are black or you are brown or you are gay or you are lesbian or you are trans — or maybe you’re just a sissy singing boy from Tennessee. Anyone that is treating you unkindly, it is only because they are afraid or they have been taught to be afraid of how important you are because being different means you make the difference. So fuck ’em.”

Yep, it was a pretty memorable evening for us all. 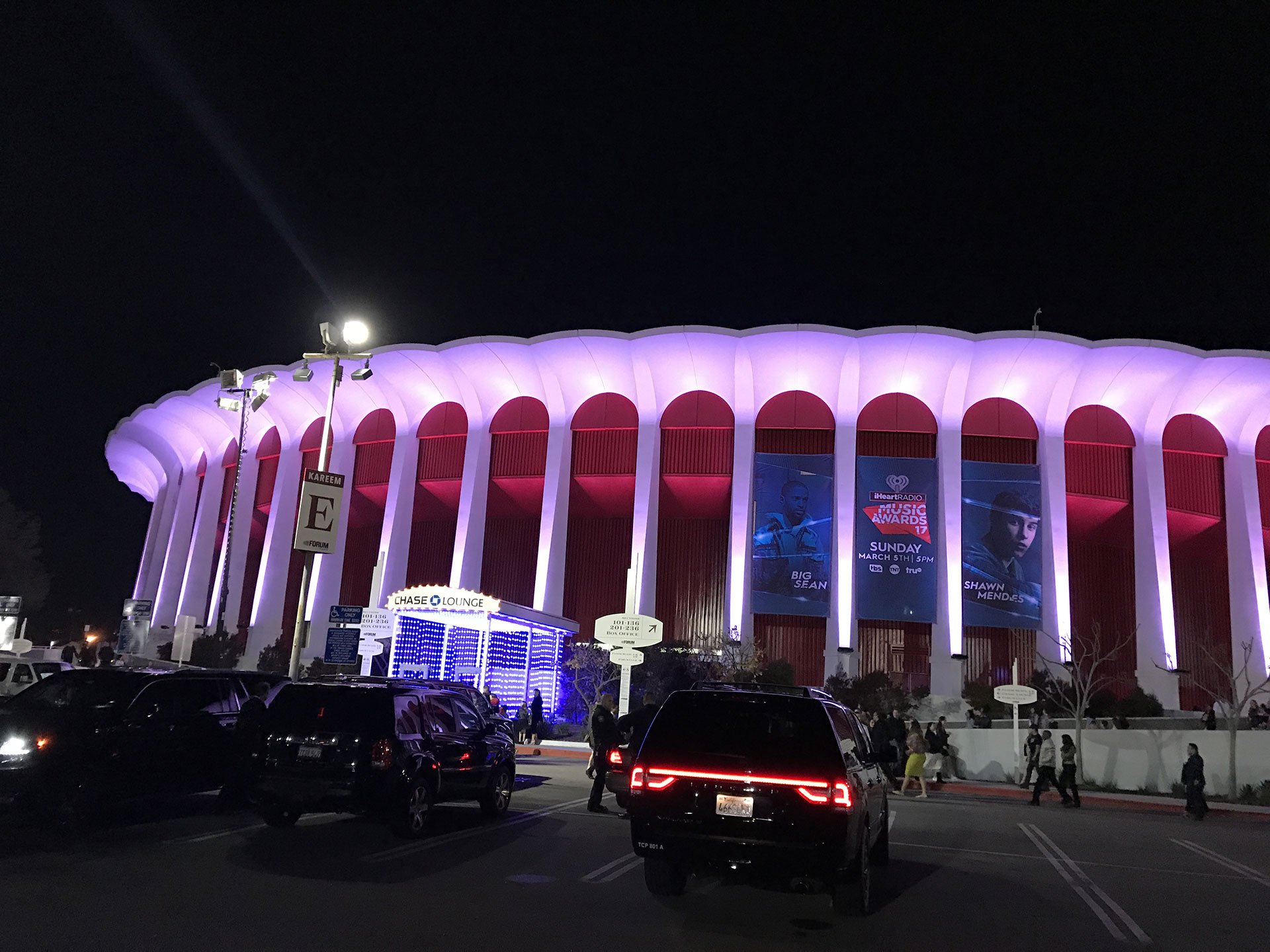 One thought on “I Heart Radio Music Awards 2017”

Most of us take our pure drinking water for grante

Wow you guys - thank you for making my new cookboo