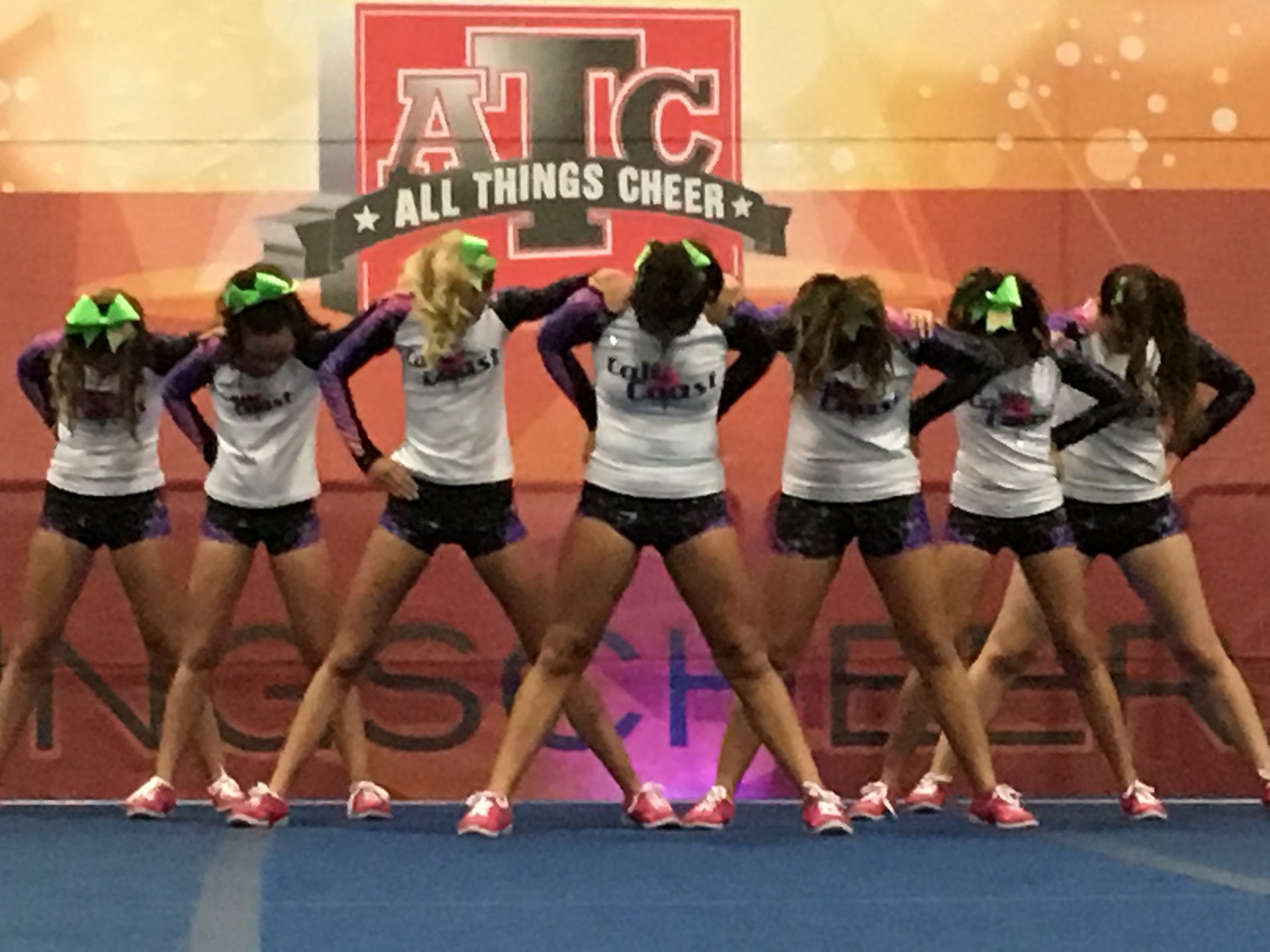 Through the haze of Aqua Net, we braved five hours of girls screaming and jumping up and down to attend Ava’s first competitive cheerleading meet with her team from Cali Coast Elite this weekend. It was an experience beyond anything we could have imagined, like maybe we had died and gone to Gay Parent Heaven.

We knew these girls were peppy. We knew they had high spirits. We even knew they would jump up and down, and scream and yell at the top of their lungs. But nothing – NOTHING – prepared us for the hair. Tracy Turnblad would have been proud of these Hair Hoppers. (Insert highly gay references to other cult movies __here___).

I mean, the girls were hardcore and so were some of the MOMS. Man, those women were living f-a-n-c-y – if they could have bedazzled one more inch of their workout sweats and pants, or had on just a little more bling, they would have qualified as bona fide drag queens. (I actually think one of them WAS a drag queen).

So of course, they see two dads with a daughter in the competition and draw immediate conclusions. Now Triton is pretty darn good at the hairdo stuff – and I did have to help Ava with her eyeliner so she could get the right line with a flourish – but that hardly qualifies as a gay stage dad. Right? Right??!?!?!

You see, for these competitions the teams gather from all over the Southwestern US to show off their amazing routines, vying for top honors and a first-place gold to bring back home. And they really bring the whole showbiz shebang along, complete with stage makeup of extraordinary color combinations, and gigantic, enormous, over-the-top hairdos that are teased to a frenzy that rivals any beehive of the ‘60s. My jaw dropped to the floor when I saw some of these girls.

The girls from Ava’s gym at Cali Coast are really sweet girls, and they are fantastic at what they do. Honestly, those coaches should be commended for teaching these girls such amazing teamwork and tricks. They are also not the over-the-top kind of girls, which is why we were so shocked to see some of these other teams. They were teasing and spraying each others ‘dos in the lobby, in the bathrooms, in the audience, in the backstage area, you name it.

**cough cough ** The air was oppressively lacking in any oxygen content, and I could see a hole forming in the ozone layer before my very eyes.

Lot of good all that hair did those girls though, since Ava’s team WON. Flat hair or not, we’ve got a CHAMPION in the house! When they announced her team as champions, Triton and I may or may not have squealed along with the rest of the cheer moms. Maybe.

WAY TO GO AVA AND THE CALI COAST ELITE EARTHQUAKES!