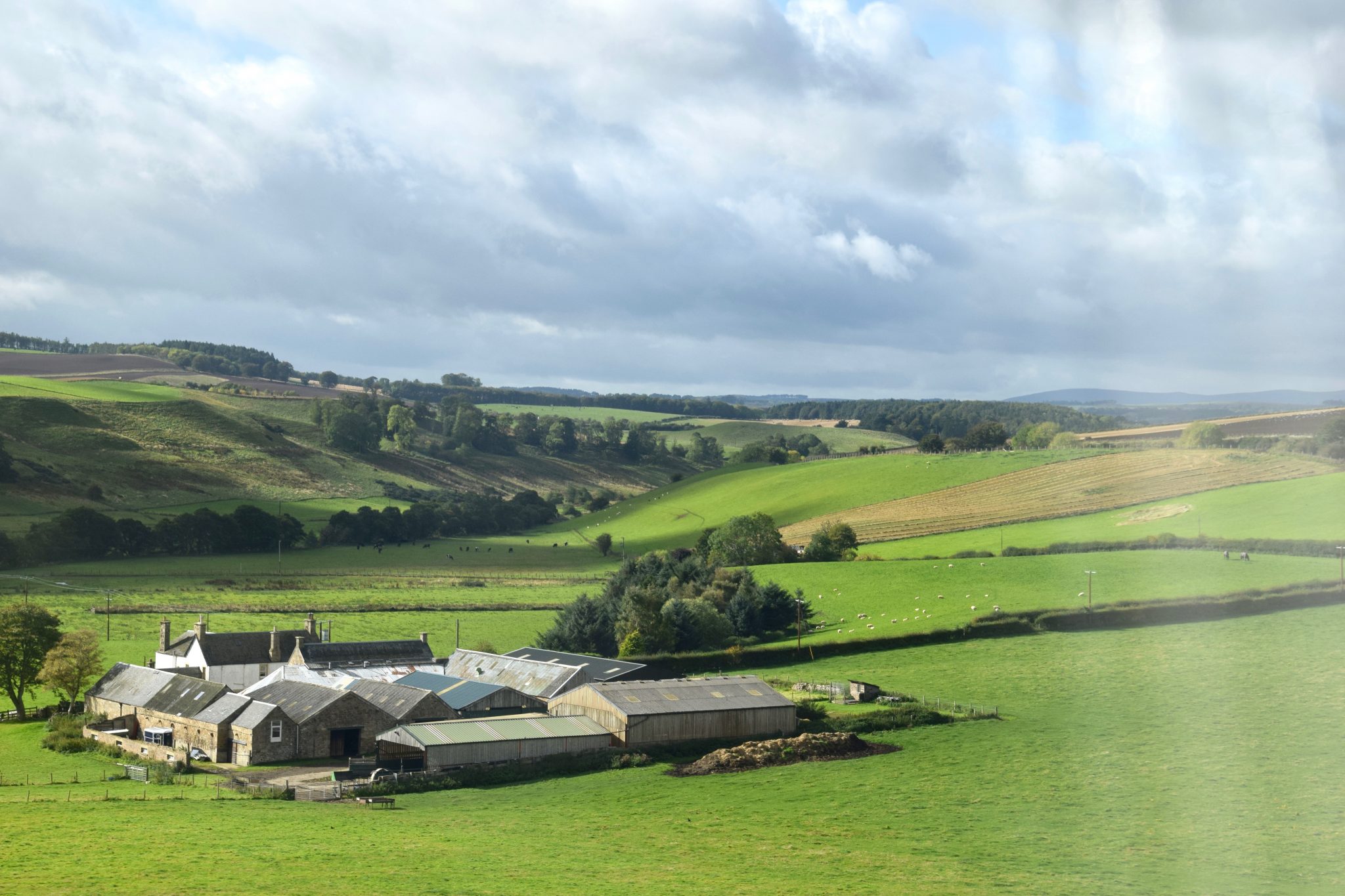 *Our visit to Scotland was sponsored in part by ScotRail and Visit Edinburgh, and the experiences expressed here are our own as always.

The train systems in Scotland are well-known for their efficiency, comfort and timeliness, and our experience recently in Edinburgh was all of that and more. On a recent trip with just Ava, she and I loved exploring the countryside. We took several family day trips from Edinburgh by train and had a blast! They were the perfect combination of authentic Scottish culture, history and old-world beauty. Scotland by train with kids is super easy!

Traveling via ScotRail, Scotland’s official rail system, we traversed the countryside in style. Ava and I loved reaching destinations around Scotland full of excitement and adventure. Beginning in Edinburgh, we set off from Waverley Station (located in the middle of the Old City). We planned several fun-filled family day trips from Edinburgh by train that left plenty of time to explore and enjoy.

One of Scotland’s most beautiful examples of age-old royal compounds, Stirling Castle is an incredible experience for family members of all ages. We took a quick train ride on ScotRail from Waverley Station and followed in the footsteps of knights and nobles. From there, it was an easy walk from the train station through the charming village up to the hilltop Castle.

We planned our visit to coincide with a day offering a special experience of reenactments of castle life during Medieval times. Castle guides were dressed in period costume, demonstrating various parts of life in the 1500s. Included in our tour, we saw feasts in the main dining hall and examples of costume making, painting and more. The entire castle is set up to teach about Scottish history through interactive exhibits. including Palace Vaults. Specifically for kids’ exploration, these including a wardrobe room, a room with Medieval toys and games, and an exhibit on medicinal plants and herbs. Check the Stirling Castle website for a schedule of special events.

This day trip allowed us to see two different sights in the same day, both from the same train station about 25 minutes outside of Edinburgh. First we visited the Falkirk Wheel, a rotating boat lift that connects two waterways located at different elevations. A feat of engineering, the Wheel is the only one of its kind in the world. (I know it may sounds boring, but trust us it isn’t.)

Boarding a canal tour boat, we maneuvered into the lock which then lifted us slowly into the sky. When even with the upper canal’s water level, the locks opened and our boat captain moved us out of the wheel and into the waterway. It was dramatic and impressive – a very modern and innovative solution to the age-old problem of water navigation.

From the Falkirk Wheel, you can rent bikes and easily traverse the 20 minute ride across the flat Scottish countryside to The Kelpies. (Since the weather was poor, we took a taxi!) Situated alongside the canals, The Kelpies are an enormous sculpture of  two horse heads. Towering nearly 100 feet high, they are made of stainless steel and incredibly impressive. According to ancient Scottish lore, Kelpies were mythological creatures that could transform their shape at will. They often chose the appearance of a horse, representing both strength and perseverance. Situating them next to the canals was a very symbolic move to signify Scotland’s progress into modern technology.

There is a 30-minute guided walking tour. It’s worth the small fee for better understanding of why this attraction is so important to Scottish culture. For us, it was a great visit outdoors where we could experience the beauty of the Scottish countryside. We breathed the clean crisp air and spent time along the canals in a park-like setting. Here, there is plenty of room here for kids to run around and let off some travel steam!

The National Mining Museum Scotland is a very quick walk from the train station. It’s nestled into a largely residential neighborhood amid a growing suburban community. Along our way, we passed a sweet little downtown of shops, pubs and restaurants. This was the original site of the Lady Victoria Colliery, founded in 1894 as one of the United Kingdom’s many coal mines. It was also one of the last operating – it closed in 1981.

Well preserved in much of its original state, the mine is now a giant exhibit of what life had been like for coalminers and their families. Kids were a prominent part of coal mining back in the day, and their stories were tragic. Some were indentured by their families to pay a bill. Other families had too many mouths to feed, and sent their kids to the mines. It was an eye-opener to understand the conditions in which these kids and adults worked, and how dangerous the mines could be. Organizers have done a great job appealing to kids at this museum, with tons of hands-on exhibits and places to explore. It was particularly spooky in some places, where the self-guided tour led us into some less traveled areas. Ava got the heebie-geebies and insisted she sensed ghosts, so we moved on!

Abbotsford House is the country home of famous author, poet and playwright Sir Walter Scott.  The home and grounds are preserved much the way he left it, complete with Sir Scott’s myriad collection of oddities from around the world. The manor is a very romantic view back into the history and aristocracy of 19th century Scotland. Collections of knives and swords, armor, antlers and taxidermy beasts are still displayed as he left them. In addition, most of the furniture and his vast library collection are intact. There is a audio tour we found really well done, with versions for both kids and adults that keeps the younger ones entertained.

If you visit during the Spring and Summer months, the gardens here are spectacular. They are filled with colorful blooms, interesting statuary and long green lawns stretching out into vast parkland. We also really enjoyed the restaurant here, built into an ultra-modern visitor center with a great menu. On a dreary day, it was the perfect place to stop for some warm soup, crusty bread and a nice cup of tea. Revived, we ventured back out into the famous Scottish fog.

We Can’t Wait to Go Back!

With so many places to explore, Scotland remains high on our list of places for a return visit with the rest of the family. The rail system makes it so easy to explore! We still have yet to visit the northern parts of the country to see Loch Ness, Inverness and some of the more remote destinations.

We had a blast on the train, complete with cups of warm tea and free wifi. Family day trips from Edinburgh by train is definitely the way to go!