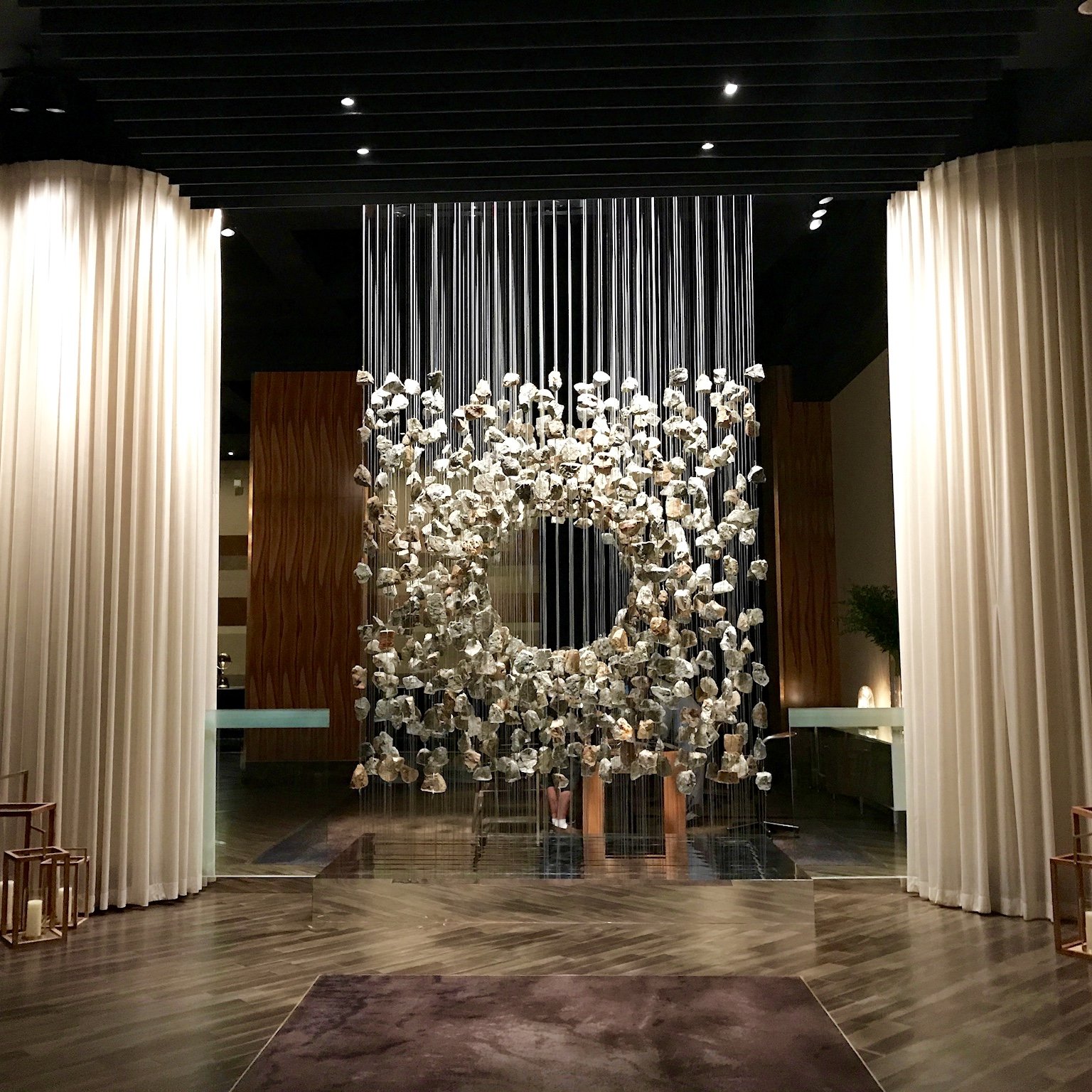 Last week I was in Las Vegas for business, and I had the opportunity to stay at the Delano Las Vegas again. Created as a hotel-within-a-hotel concept inside the Mandalay Bay Resort & Casino, the Delano stands on its own. In my opinion, it’s the one of the best non-casino hotels in Las Vegas.

We’ve been to Las Vegas many, many (many) times, and stayed in quite a few hotels on and off the strip over the years. Without a doubt, we would happily make the Delano Las Vegas our Vegas home if we are visiting without the kids. Why you ask? Because three things: no casino, no smoking, and a sexy vibe. Period. That’ why I think the Delano Las Vegas is one of the best non-casino hotels in Las Vegas. 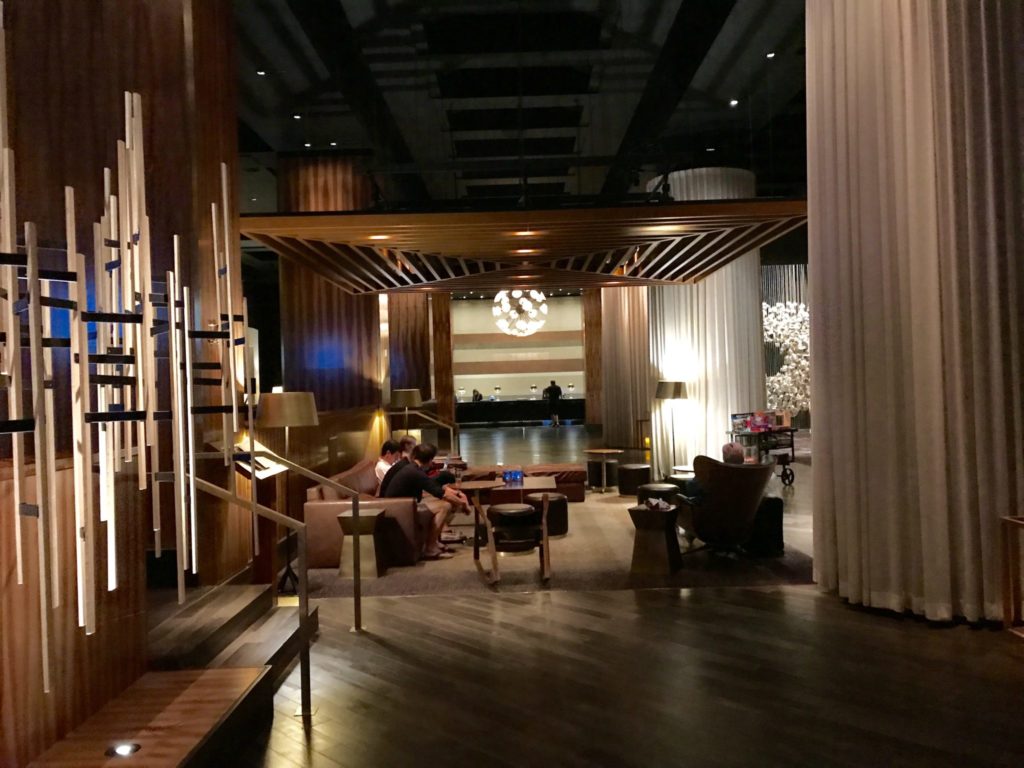 Casino Gaming Can Be Fun

Vegas is a blast, we cannot deny, and casinos are a huge part of what has made Las Vegas such an enormous success. It can be so much fun to sit at a black jack table for hours, eking out hard-earned dollars on hands you should have folded. The last time we were there, I ambled up to the craps table at Caesar’s Palace. Desperately, I tried to follow the play until I picked up a few of the tricks from some hardcore players. Again, a total blast.

But when I’m done with the casino, I am D-O-N-E. I don’t want to come downstairs from my room for breakfast the next morning, and smell stale cigarette smoke. I don’t want to hear the ringing of the slot machines or whoops from big players hollering about the latest win or loss. I want my coffee, my quiet time, and a slow return to the living. Not more casino shenanigans in the morning. Which is why I  love the Delano Las Vegas for its welcome absence of gaming – truly one of the best non-casino hotels in Las Vegas.

Whomever designed this hotel gets my applause. When it was formerly The Hotel, it was just okay in an opulent only-in-Vegas gilded kind of way. Now as the Delano, the spaces are sleek and warmly stylish. It features appropriately dim cocktail lighting that looks good on anybody.

These are some of the largest hotel rooms on the Las Vegas Strip. The Delano offers all suites, with enormous sitting rooms, spacious bedrooms with giant granite and marble bathrooms and walk-in showers. The furnishings and design are high style, very chic with a vibe you would normally find in New York. 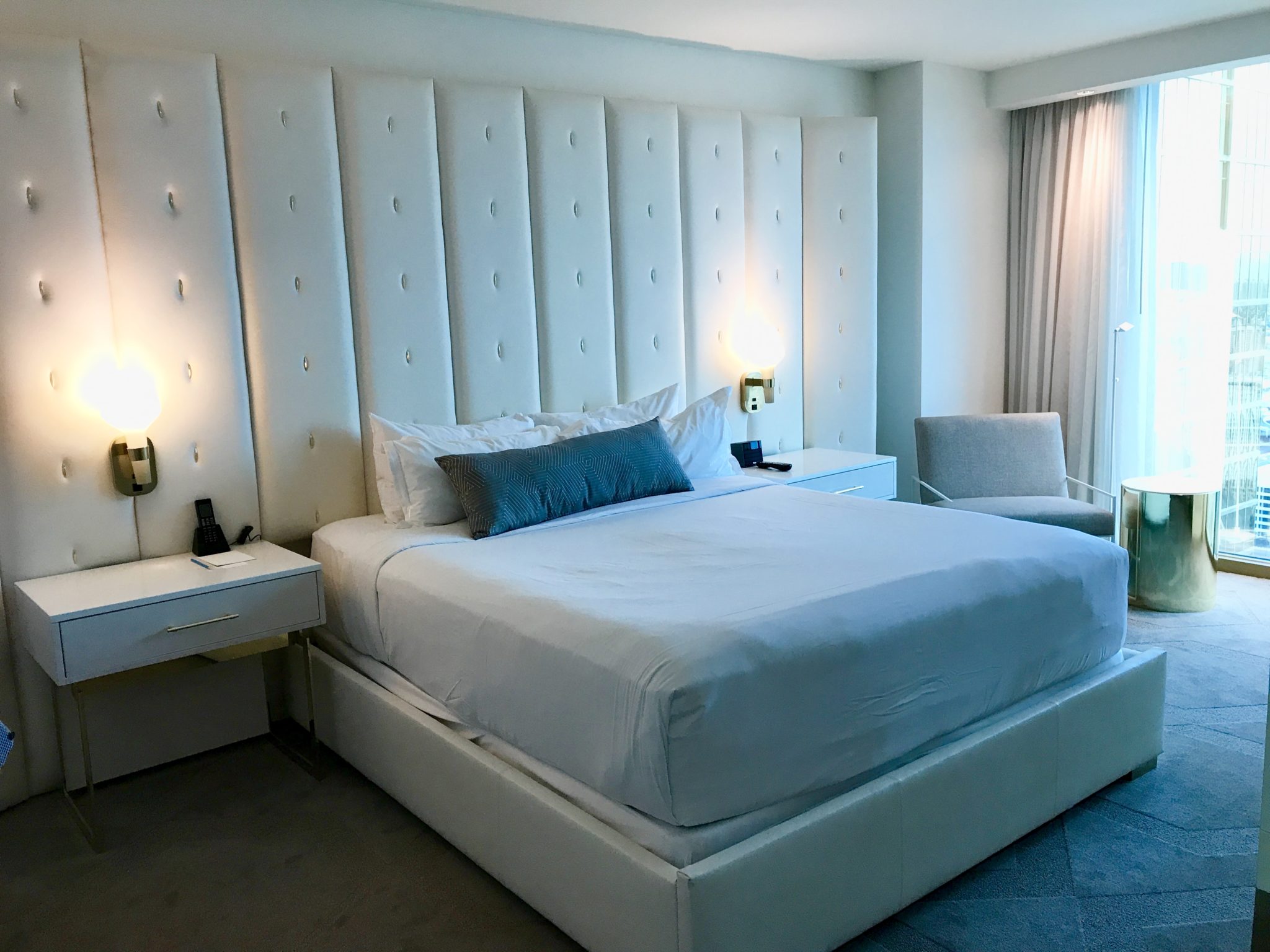 This photo doesn’t do justice to how cool this room is – I couldn’t get the right angle, so just trust me.

One other cool thing about the Delano is its direct connection to the Mandalay Bay Resort & Casino. It’s simply down a hallway or two, and into the casino and restaurant arcade. So convenient! You can eat, drink, see a show and gamble at the Mandalay. Then stumble back to the Delano to relax in the rich, quiet vibe of coolness. The best of both worlds!

The Delano Las Vegas has a few basic food options. There is a lobby cafe called 3940 Coffee & Tea that features coffee, baked goods, some salads and sandwiches. This was my go-to spot each morning for fuel before hitting the convention floor. It was also a lifesaver, because using the Keurig coffee machine in the room costs $14! (This spot only open until 2 pm each day).

Della’s Kitchen is located just off the lobby, and is a basic full-service restaurant for breakfast and lunch. It’s very casual and offers a diverse menu of a little bit of everything. The hotel describes it as “historic farmhouse meets urban kitchen.” We ate there twice on this trip – breakfast one day and lunch another. It was good as hotel lobby restaurants go, but nothing to write home about.

If you’ve been to Vegas a few times, you start to learn the lay of the land. For example, if your dinner reservations are down the Strip a ways, and you need to take a cab or uber. It can be a brutal and very long, expensive ride in heavy traffic. And walking? Out of the question – way too hot! Staying at the Delano Las Vegas can be an advantage due to it being located at the very end of the Strip. This gives cabbies and uber drivers many options to maneuver around traffic using surface streets. If you are always running a tad late (ahem) then every minute counts, and this little secret is a valuable one!

For another example of best non-casino hotels in Las Vegas, read our story about our parents weekend away at The Cosmopolitan Las Vegas.

Something that seems perhaps a little glamorous at night, framed with cocktails, sly glances and pouty lips, becomes so disgusting the day after. The last thing I want is to smell smoke – or smell like smoke – when the party is over. Again, the Delano Las Vegas comes through as a non-smoking hotel. More points.