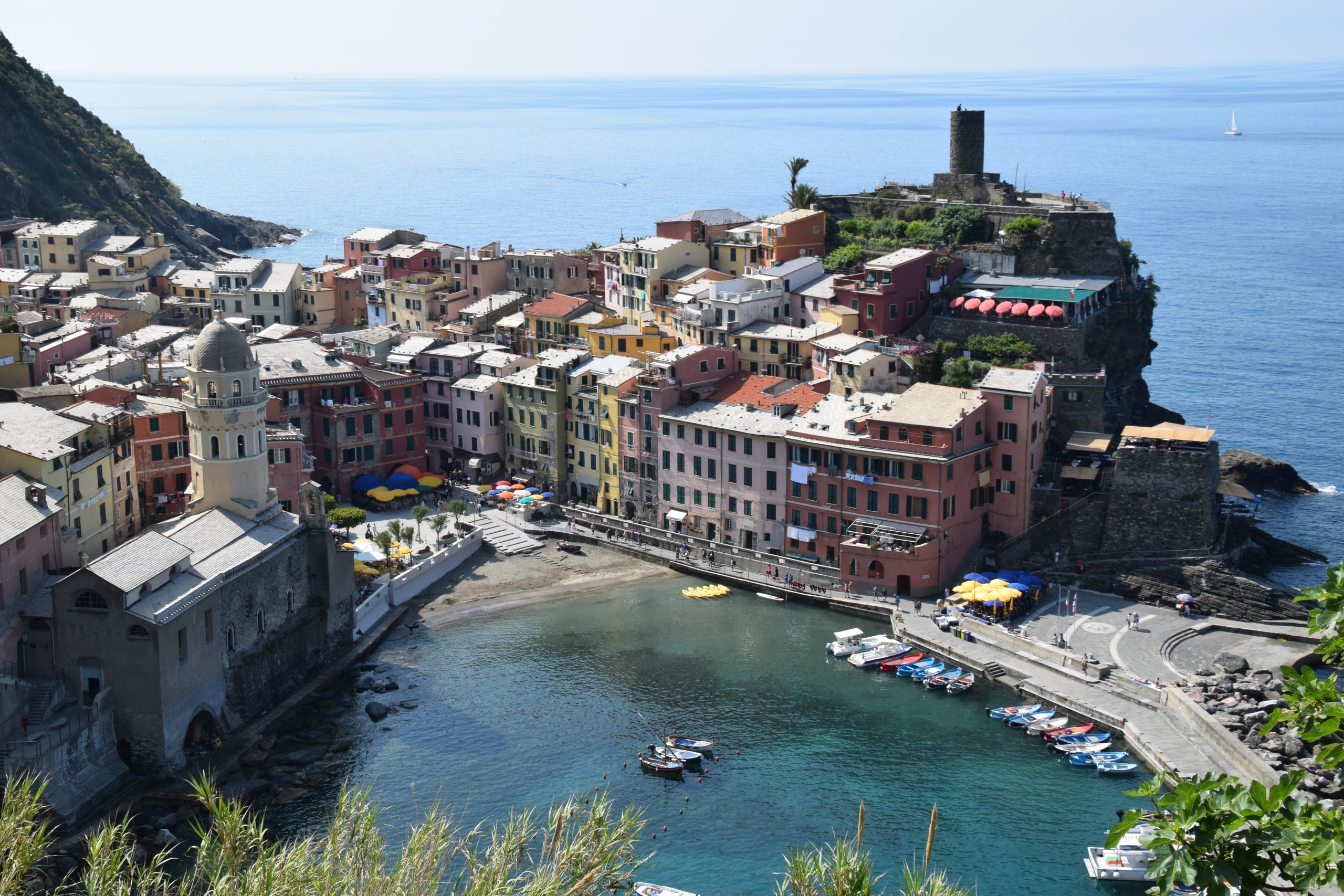 Exploring the idea of moving abroad for retirement? We’ve never thought about it more than recently. Moving to another country is something many in the LGBTQ community talk about. Everyone has their own reasons, and becoming an expat takes a lot of forethought. But the LGBTQ community must be even more careful. What countries have laws to assist same-sex couples? Which countries don’t make LGBTQ relations illegal? What are some great things to do in these countries? To help, here’s a list based on International Living’s best gay friendly countries to move to.

Host of the largest gay pride parade in Europe. Legalized same-sex marriage and adoption. According to International Living, Spain is an openly gay friendly country. One of Spain’s Canary Islands, Gran Canaria, is a popular LGBTQ travel destination. And the cites of Barcelona and Madrid both have active gay communities.

Spain is a country with a lot of outdoor activities like surfing and whale watching. Interested in architecture? Take a tour of Barcelona’s famous Basílica de la Sagrada Família. And yes, they still have bullfighting in Madrid and Andalusia.

Cost of living in Spain

Italy’s history with gay rights is mixed. Same-sex relationships have been legalized in Italy since 1890. It was one of the first countries to give the right to change gender, however adoption rights have not been granted. Gay people are banned from serving in the Italian military. That shouldn’t stop you from considering Italy though. In addition to pride parades, many cities have social services available to gay couples.

There’s plenty to do in Italy. Food, art and architecture are all well known. But did you know that you can SCUBA dive and explore the sunken city of Baia? Or take a Vespa tour of Florence? And of course, there are plenty of ruins to tour. There are even many beautiful beaches to enjoy around the country.

Cost of living in Italy

The first European capital to elect an openly gay mayor, Paris has a large gay community. The International Lesbian & Feminist Film Festival is held here and there is a large center for LGBTQ community members in the city.

Don’t be nervous to venture to other parts of the country outside of Paris. France has legalized same-sex marriage. They have also passed laws that ban discrimination on the basis of sexual orientation. Nice is the self-designated ‘Gay Capital of the French Riviera’ and over 20 towns in France hold annual gay pride parades.

Cost of living in France

International Living calls Vietnam “the most accepting nation in Asia for LGBTQ individuals.” This may be because Vietnam has never had bans on being gay. Also, they allow changes in gender on government paperwork. The largest LGBTQ community is in Ho Chi Minh City. There are also gay spas and saunas in the city. And while Ho Chi Minh City has the largest gay population, Hanoi still has plenty to do. With a slightly quieter vibe, Hanoi also has resources for the gay community, including an LGBTQ Facebook page for the city.

Vietnam is a great place to explore and learn. Adventure lovers can travel to tropical forests and climb sand dunes in the desert. Historians will enjoy the architecture and ruins throughout the country. There are plenty of museums dedicated to the Vietnam War. Those who love to socialize will find plenty of bars, restaurants and clubs to enjoy in the larger cities. Or just enjoy a day relaxing at one of the country’s national parks.

Cost of living in Vietnam

Thailand has long been a safe place to travel for the LGBTQ community, due to the country’s Buddhist beliefs. LGBTQ individuals are allowed to serve in the military. Thailand has been referred to as “the gay capital of Asia”, making it one of the top gay friendly countries.

Thailand also has a large expat population due to location, tolerance and a lower cost of living. But while being gay in Thailand isn’t illegal, it should be noted that same-sex marriage can’t be legally registered with the Thai government.

For exploring, large areas like Bangkok and Samut Prakan have multiple nature areas including Erawan National Park. Not a fan of the outdoors? Many expats enjoy taking cooking classes, visiting Buddhist temples or shopping at one of the colorful Thai markets. A vibrant country, there’s plenty to explore for everyone of all interests.

Cost of living in Thailand

Uruguay has been a gay friendly country for many decades. In 1934 the country legalized same-sex relations. Uruguay banned discrimination on sexual orientation in 2004. Gay couples have been allowed to adopt since 2009.

More than half of the country’s population lives in the capital of Montevideo. Located on the southern coast, it is known for its stately buildings and the culture. Being a South American hub, Uruguay has plenty of dances to pick up including the tango and candombe. There are also nature trails that stretch across the country, and city cafes to enjoy along the way.

Despite its small size, Uruguay is noted for its many wine regions. With seven separate wine areas to sample from, wine lovers will never get bored.

Cost of living in Uruguay

Don’t let Colombia fool you, because it’s one of the up-and-coming travel destinations. It is fast becoming one of the world’s best gay friendly countries. Same-sex marriages are legal, and there are plenty of comfortable gay friendly areas.

Visitors can see the La Quinta Camacho area in the city of Bogota. There you’ll find breweries, cafes and unique decorative brick homes. Or visit the area of La Candelaria. Part of Bogota’s old town, there are colonial-era buildings, The Gold Museum and performing arts programs at Teatro Colón.

The city of Cali is a must visit for outdoor enthusiasts. You can visit the Pance River to take in water sports or hike to a waterfall. There’s also the National Park Farallones de Cali. The top peak is over 9,000 feet above sea level. About 2 hours from Cali is Lake Calima, where fishing, bird watching, kite surfing and kayaking are available.

Cost of living in Colombia

Costa Rica is one of the most gay friendly countries in the region. The equal rights index Equaldex ranks Costa Rica higher than all its neighbors. Gay communities are found in the larger cities and some coastal towns such as Quepos. You’ll find gay-friendly hotels at these locations along with beaches, clubs and events geared towards the LGBTQ communities.

Quepos is located outside Manuel Antonio Park where you can find squirrel monkeys, sloths and iguanas. In the larger cities like San Jose, there are opportunities to explore pre-Columbian artifacts or venture to the Museum of Costa Rican Art. Costa Rica even has its own volcanic national park!

Cost of living in Costa Rica

Panama is becoming more receptive to LBGTQ rights. According to International Living, many gay expats say the residents are accepting – even in small towns. People can change their gender on their birth certificates here since 2006. Same-sex marriages are no longer illegal, and there is an active LBGTQ community.

Although a small country, there is a large mix of cultures that make up the country. This makes for colorful festivals including Fiestas Patrias and the Panama Jazz Festival. There are also plenty of museums and art warehouses to visit for fun and education.

Cost of living in Panama

Mexico is a large country with lots to offer to the LGBTQ community. Same-sex marriage is legal, and there is a very large expat community.

Mexico offers plenty to do. San Miguel de Allende in central Mexico is a gorgeous colonial city and artists community. The International Gay Festival is in Cancun on the east coast. Mexico City has hosted a gay pride parade for over 40 years. Water activities are very popular along the coasts. Some of the interior cities have a history going back more than 10,000 years, complete with Mayan and Aztec ruins, pyramids and more.

And then there’s Puerto Vallarta. With a tremendous LBGTQ community, it’s one of the top gay vacation spots in the world. Located at the foot of the Sierra Madre Mountains, Puerto Vallarta provides access to a wide variety of activities. Our family has enjoyed Puerto Vallarta for years and have always felt welcomed.

Cost of living in Mexico 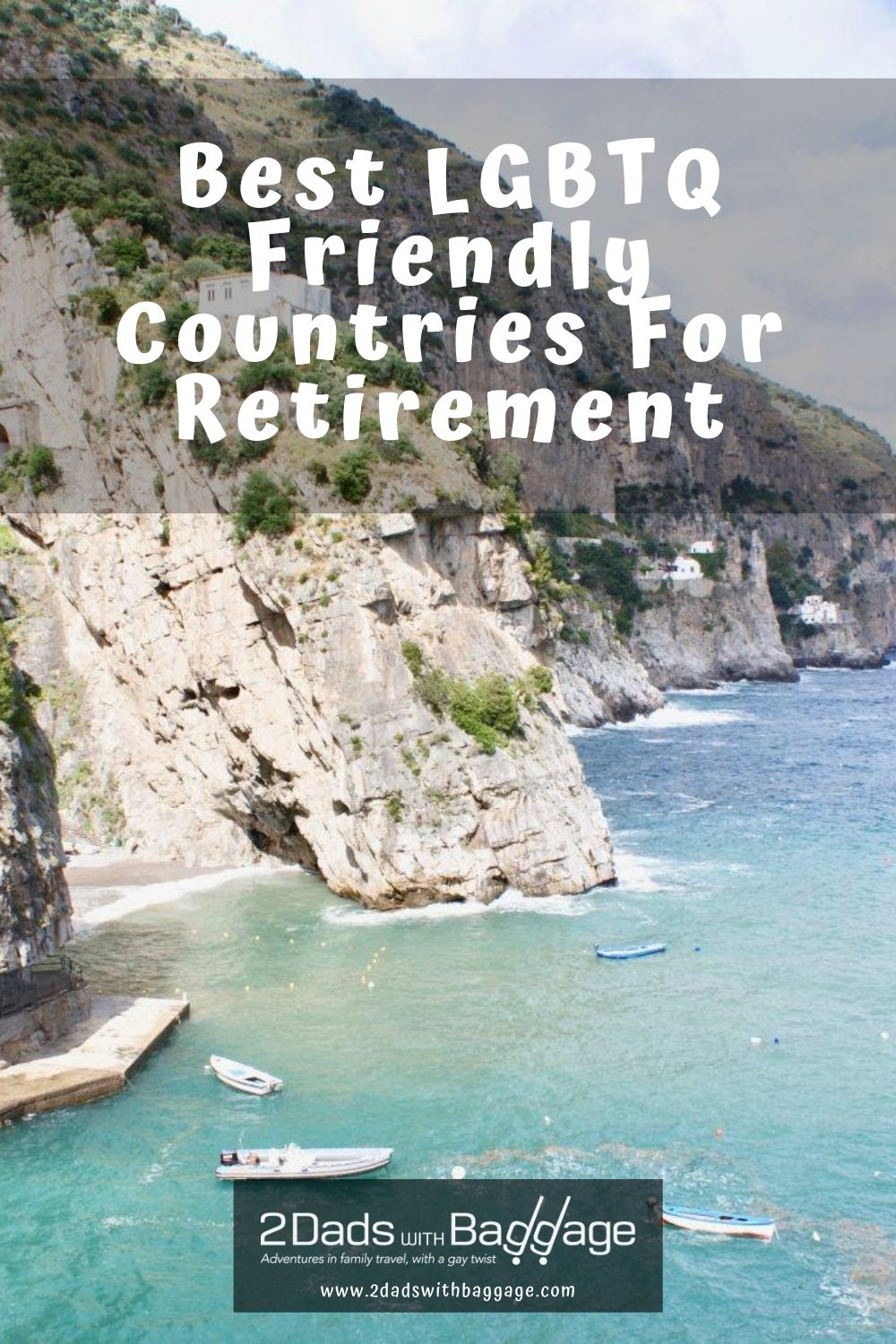