Bar Mitzvahs, Quinceañeras and Confirmations - which is more fun?
Skip to content 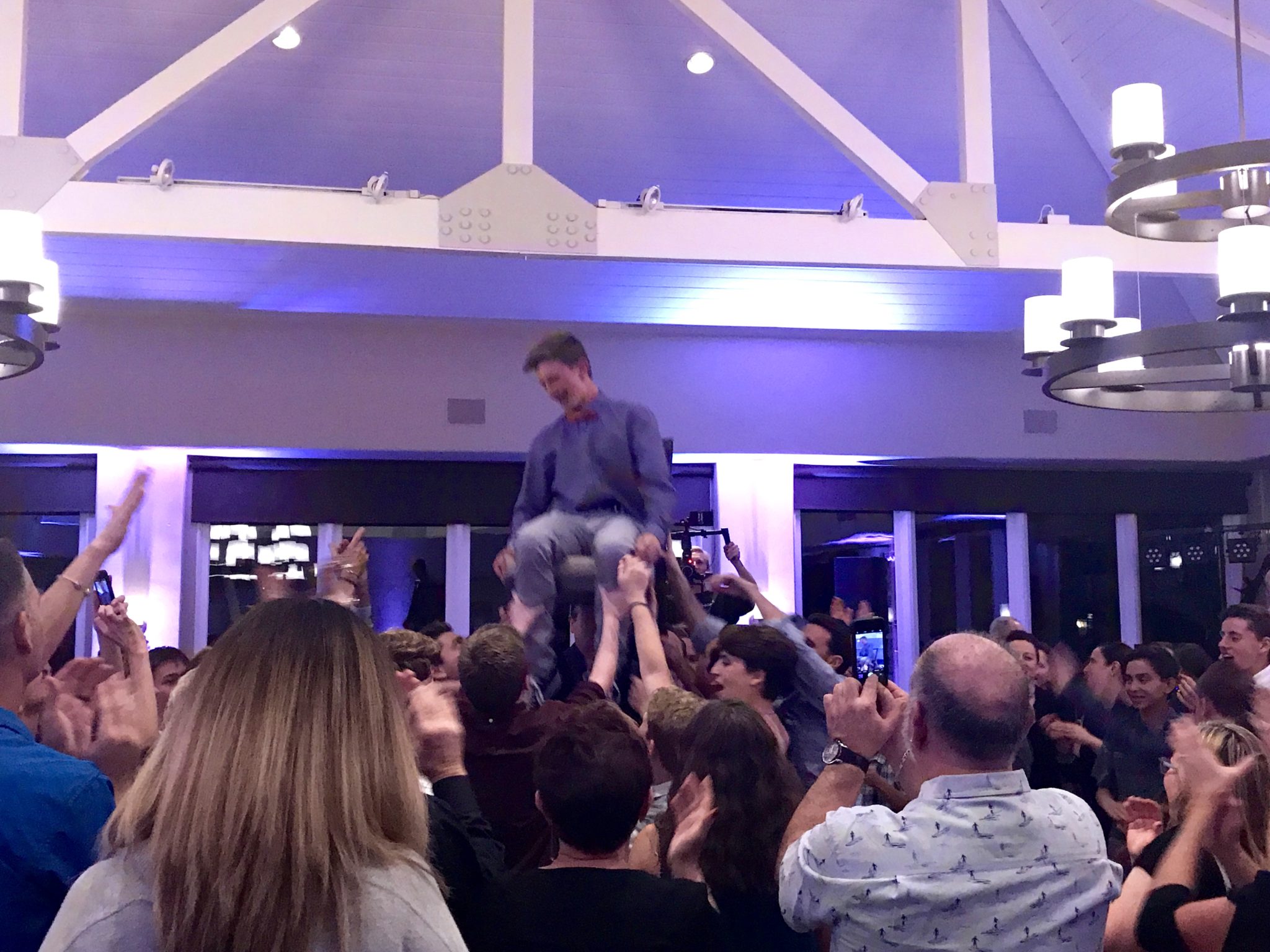 We’ve been to a few Bar Mitzvahs, Quinceañeras and Confirmations in our time, and have developed a pretty good idea of which celebration is more fun. (Hint: not the Catholic one). Each of these rites of passage have important roots and traditions, meaningful throughout the ages in honor of young adults coming of age.

Bar/Bat Mitzvahs happen when the boy or girl is around 13 years old, Quinceañeras when the girl is 15 and Confirmations around 14. Growing up in an Italian Catholic family, I had little choice but to struggle through Catechism classes until my official Confirmation at age 14. This was followed by a boring brunch at our house with some relatives – and the cranky parish priest, who put a damper on things by his mere presence. Good times were had by all.

Having attended a collection of Bar Mitzvahs, Quinceañeras and Confirmations recently, our family has decided the Bar Mitzvah party is a lot more fun. Let’s break it down:

Yes, there is that very long Bar Mitzvah service where the young man or woman reads from the Torah in Hebrew while goys like us in the audience try to follow along. But the party afterwards is always pretty epic, complete with singing, dancing, open bar, a band or deejay and a whole ton of delicious food. It’s usually held at a club or hall with a couple of hundred guests including the kid’s friends, relatives and his mom and dad’s friends. Come to think of it, it’s kind of like a fun wedding reception.

At a recent Bar Mitzvah we attended for a close family friend, the mood was very upbeat and festive in celebrating Evan’s big day. There were games, a roast of sorts, a video of his life (so far) and lots of food and drink. The kids were wild, running through the crowds and having a blast. We especially loved seeing Evan held aloft in a chair, bounced in tradition through the crowd to honor his passage to adulthood. In fact, all the members of his family got a chance in that chair – even grandma. We were kind of jealous.

Again with the long church service, Catholic this time but only an hour long mass in which the Quinceañera kneels on a special pillow to be welcomed into adulthood. Then the party begins, with some important rituals in Latin American (Mexican in our case) tradition. The Changing of the Shoes is one, where the girl’s father removes the her flat shoes and exchanges them for high heels, signifying her growing maturity. At the party, the Quinceañera has a Court made up of friends and cousins her age that accompany her. It’s very royal, since the Quinceañera wears a princess-y tiara along with a poofy ball gown the size of a small car.

The Quinceañera we attended not too long ago was held in a beautifully decorated event hall, the young lady looking so beautiful with hair piled high and flowing dress as she was seated on her “throne” (complete with scepter). She and her Court performed a series of choreographed dances, which they clearly had been practicing together for quite some time. It was both sweet and impressive to see these kids all dressed up. There was a ritual champagne toast, a ritual passing out of gifts to the guests, and a ritual presentation of important gifts by beloved relatives and godparents. Lots of rituals, huh? It was an impressive celebration, with our attendance more as audience than participants.

Granted I have not attended one of these in many years, but knowing the stern traditions of the Catholic Church I cannot imagine them changing that much. Confirmation is the final of three sacraments in becoming a full member of the Catholic Church – the other two being Baptism and First Holy Communion. It’s a very religious ceremony, performed with a group of peers at the church during a special mass. In order to be deemed ready for confirmation, the young man or woman must have completed studies in Catholicism and pass several written and oral tests.

Have I bored you to death yet?

Yes, it was as boring as it sounds. After this mass and feeling officially confirmed, the newly “adult” members of the congregation go home to their families and friends for a small gathering. No big party. No bouncing chairs held high aloft. No ballgowns and tiaras. No open bar (come oooooon, at least give us that!) Instead the confirmed person gets a bounty of gifts made up of bibles, crucifixes, prayer cards and other holy relics. So fun!*

Which is why in part, immediately after this important event in my life was complete at age 14, I stopped going to church and have not attended since except for weddings, funerals and the occasional obligatory appearance to please my parents. At this point, I think lightening might strike me if I set foot on that altar dais and swallow one of those pasty wafers.

So which of these three rites of passage can be deemed the most fun? Bar Mitzvahs, Quinceañeras and Confirmations??? Bar Mitzvahs for the win!

Smiles, laughter, raucous good times and an open bar mixed with the love of family, friends and even the rabbi too – who was a pretty cool guy with a great sense of humor actually. Maybe it’s not too late for me to convert and have a bar mitzvah too!

That is, if they can lift me in that chair anyway.

*Ok, I might be a tiny bit bitter about the whole Catholic/confirmation thing, but who would blame me. Anyway, that’s fodder for another blog post. 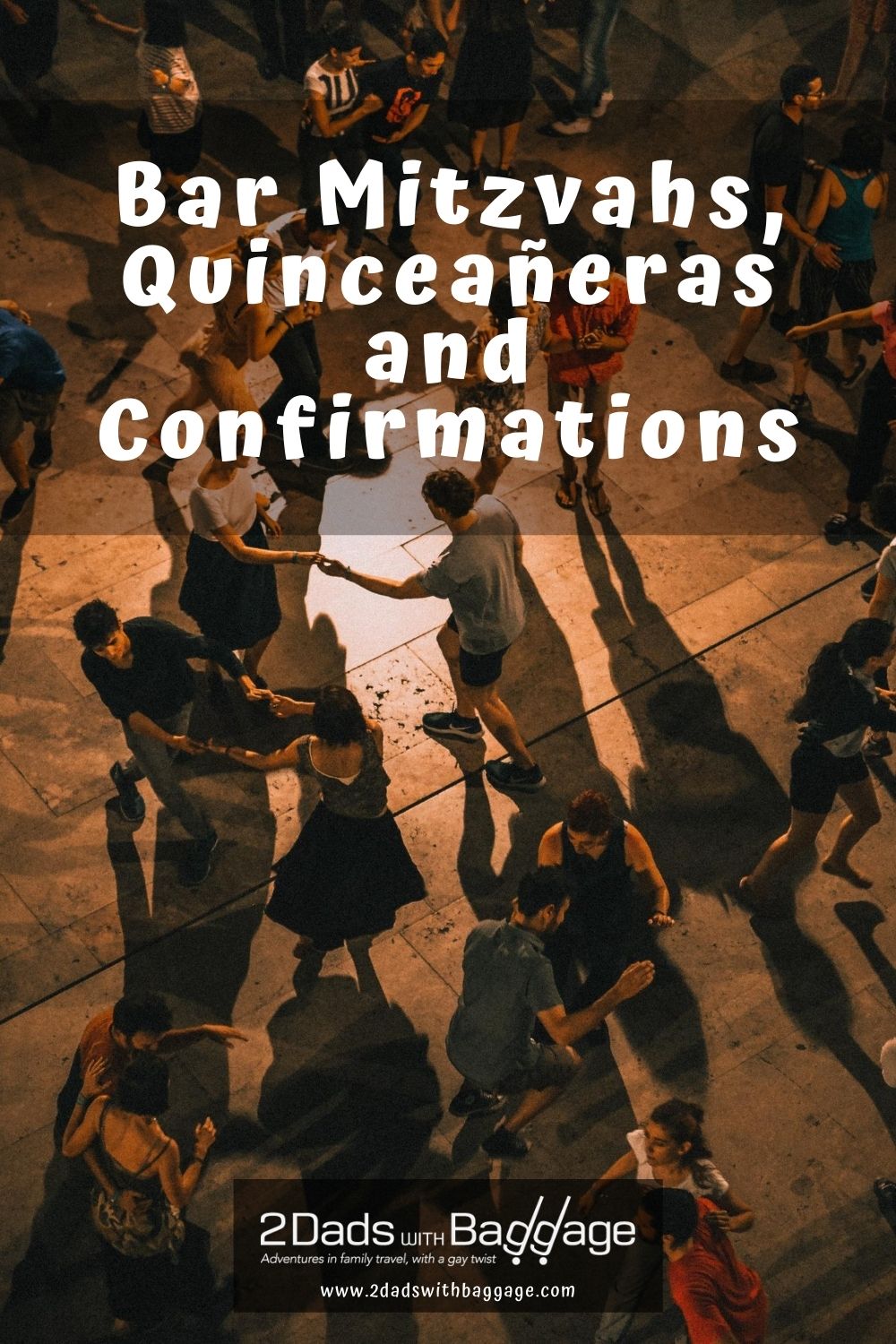