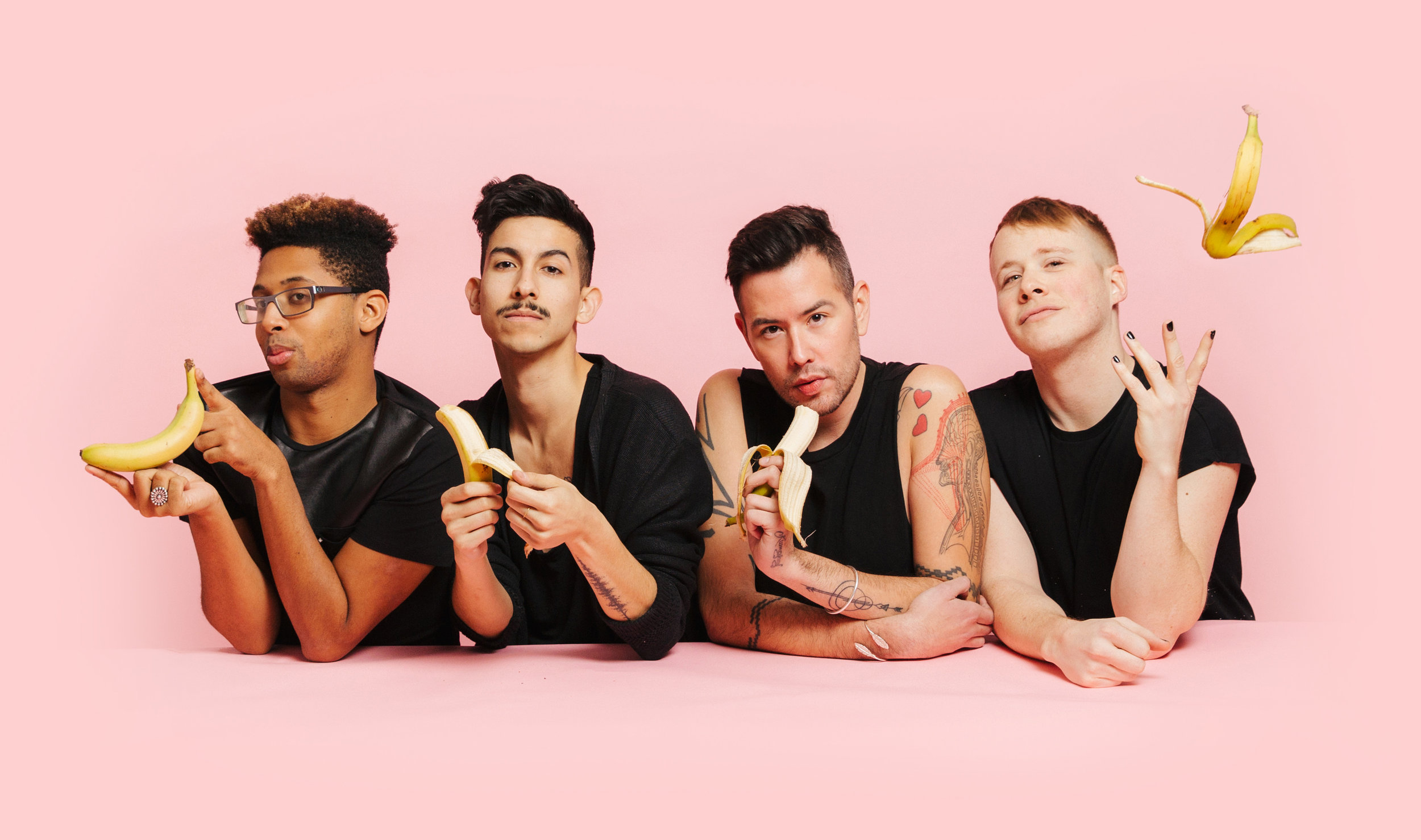 Seems like everybody and their mother has a podcast these days and some of them are actually pretty good. Although we don’t have one (never say never!) we’ve been guests on several LGBTQ podcasts, and the storytelling and information shared can be very powerful.

After all, everyone doesn’t have time to read or watch TV to learn more about a subject. For this reason, the podcast was born. Podcasts are the perfect way to consume information on the go, in the car or even while working at the computer.

There are Tons of LGBTQ Podcasts

There are so many choices for podcasts. In fact, PodcastHosting.com estimates there are over 1 million podcasts. That’s a lot of talking!

We’re celebrating Gay Pride Month and want to share 10 great LGBTQ podcasts we found and have enjoyed. Take a listen to some to learn more about the diversity of the LGBTQ community. If you have your own favorite, let us know which ones we left off the list.

In no particular order:

Examining culture, sexuality and civil rights. If other LGBTQ podcasts have a similar format, Queery stands apart. Host and comedian Cameron Esposito chats with interesting guests. She delves into content that’s about, as Esposito said in a Billboard interview, “reinventing the queer community in a way that I don’t think I let myself before.”

With guests such as Chasten Buttigieg and Glennon Doyle, Esposito provides the LGBTQ experience from the viewpoint of a variety of personalities.

A podcast covering hip-hop, Black culture and pop culture, The Read is like visiting with friends,  because you are. Longtime friends Crissle West and Kid Fury provide a look at current events with a twist of fun. Reading listener letters, interviewing stars like LeVar Burton and Kelly Rowland and Fury giving recognition to those in the Black community for excellence. It’s a montage of information you’ll really enjoy. (ICYMI, a ‘read’ is slang in Black gay culture for telling someone about themselves. So you know this is a good one.)

The Gay Dads Podcast. Daddy Squared is here to tell the truth about gay parenting. The good, the bad and the “we should have known.” As the world of LGBTQ parents has grown more commonplace, there are heroes to celebrate, issues to address, points to make and debates to engage.

A spinoff of the site Making Gay History, the podcast features those who experienced LGBTQ history firsthand. Along with icons who have become famous, you’ll also meet the heroes you might not know. Yet still, they’ve helped change the laws and minds of their communities. Hosted by best-selling novelist Eric Marcus.

Created to highlight LGBTQ musicians, Homoground aims to bring exposure to bands not in the mainstream. Using the tagline “Same Sound, Different Ground”, over 1,000 groups have been featured. Discussing band struggles, coming out stories and how they started their careers, Homoground is an LGBTQ podcast perfect for music lovers.

Four multi-cultural, gay men get together to discuss everything including pop culture, sex, politics, ethnicity and literature. Dennis, Fran, Joseph, Tommy created Food 4 Thot as a montage of views. What seems like light listening can turn on a dime, so be prepared. As their website says it’s “like The View, but not terrible.”

The biggest gathering of LGBTQ students in the United Kingdom. A non-profit founded to give a platform to people of faith and LGBTQ activists. Hosts of #QueerAF. As their website says, National Student Pride “has always been a force for positive change.”

Each week a new student or producer tells their personal story. Importantly necessary to give a voice to those whose voices are less heard. And show other young LGBTQ members that they’re not alone.

Looking for a different take on LGBTQ podcasts? Love the horror genre? Check out Dead For Filth. Hosted by screenwriter Michael Varrati, Dead For Filth takes on topics such as horror and drag, high fashion and breakdowns of specific characters. Joined by horror movie stars and experts, it’s a haunting good time.

Based out of the United Kingdom, A Gay & A NonGay is two guys talking. As the name suggests, one is gay and the other isn’t. Their discussions of what makes them different and what makes them similar is the setting for plenty of learning. James Barr and Dan Hudson do a great job of showing that love is love, musical tastes vary and that truly we really are more similar than different.

Comedy with a side of politics. That’s what you’ll get from hosts Erin Gibson and Bryan Safi. With takes on current events and LGBTQ and women’s rights, there are also occasional guest interviews. The talk isn’t always polite, but it’s packed with a look into what’s going on in America. 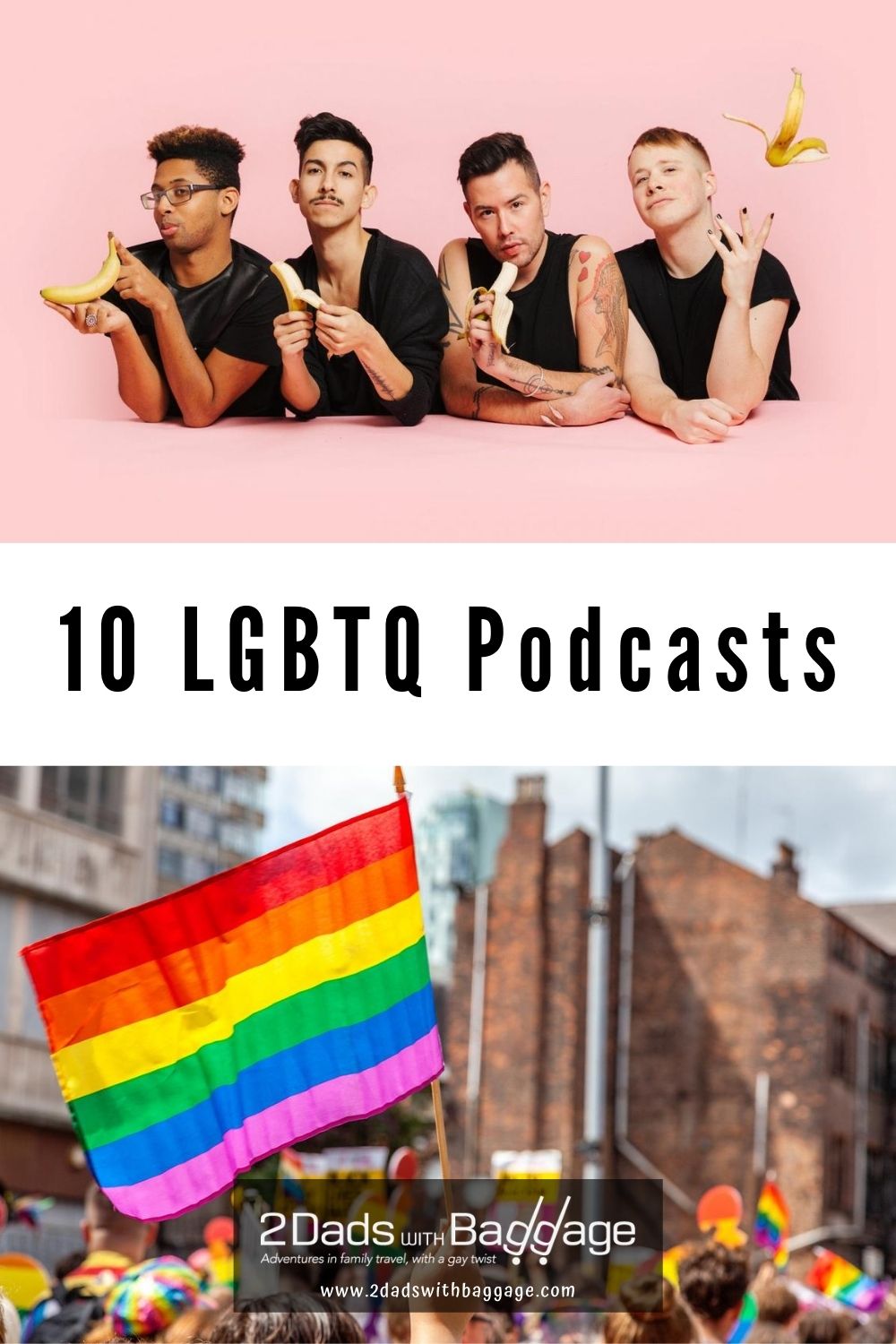